We talk with two recent winners of the Ferrari Club of America’s highest award: the Coppa GT 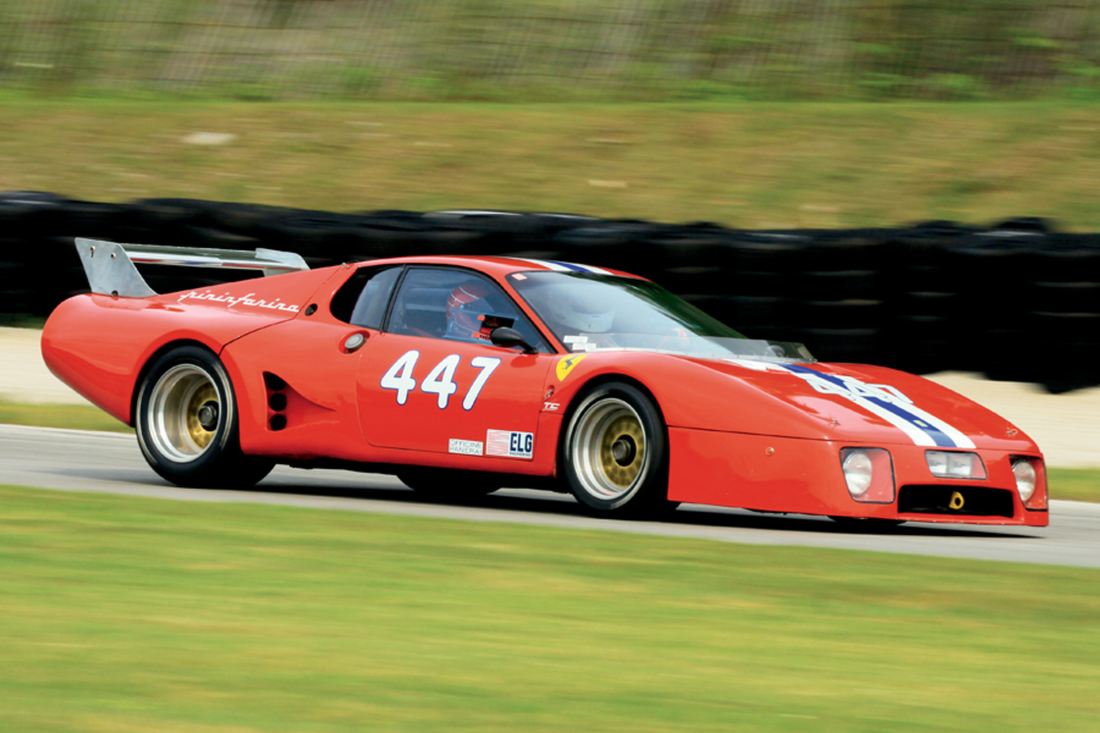 Every year, the Ferrari Club of America holds an international gathering for hundreds of the Ferrari faithful and their cars. The 2013 event at Road America celebrated the FCA’s 50th year, but, honestly, it was just another truly fantastic Annual Meet. The formula is tried and true: a world-class concours d’elegance, a spirited road rally and several days of high-speed track driving. While many club members look upon these meets as purely social events, there is a cadre that comes to compete—and there’s no higher award than the Coppa GT.

Winning a Coppa GT isn’t easy. On average, fewer than three “Coppas” have been awarded every year since the award’s inception (FCA bylaws allow for a maximum of three per annum), and the FCA’s website warns that the competition is “no walk in the park.” Like playing in college basketball’s March Madness, competing for a Coppa GT requires clearing a series of hurdles before the game even begins.

The first step on the path to a Coppa GT is earning a Platinum Award (i.e., scoring 95 or more points out of a possible 100) in the Annual Meet’s concours. Judging is done to standards and guidelines created by the International Advisory Council for Preservation of the Ferrari Automobile (IAC/PFA), which emphasizes originality, or at least factory-correctness. (Respray in period-correct color? No problem. Aftermarket chrome wheels? Big problem.) While many readers have likely garnered such an honor in their local FCA concours, doing so at the national level, under the critical eyes of the most knowledgeable Ferrari judges anywhere, is much more difficult.

Next, Platinum winners who registered beforehand are eligible to advance to the next round: the Coppa Bella Macchina (loosely translated, the Beautiful Machine Trophy). The CBM rules are pretty straightforward, and the gist is that everything on a car must work as originally designed. Yes, everything: the windshield washers, the air-conditioning system, the sound system, the seat-belt retractors, the turn signals’ self-cancelling function, the glove-box lock. The list goes on and on; the score-sheet packet is about as thick as the Manhattan Yellow Pages. The judging process takes several hours to complete, as every component in the car receives a pass or fail grade.

If the car passes the static test, the CBM judging moves onto the road. With the owner driving, a judge in the passenger seat samples the car’s acceleration, braking and handling to ensure everything works, sounds and performs as Enzo (or Montezemolo) intended.

So what happens in the event of a problem? According to the rules, the car’s owner has one hour to try to fix the first issue discovered. (For example, it’s not all that uncommon for a light bulb to burn out unexpectedly.) 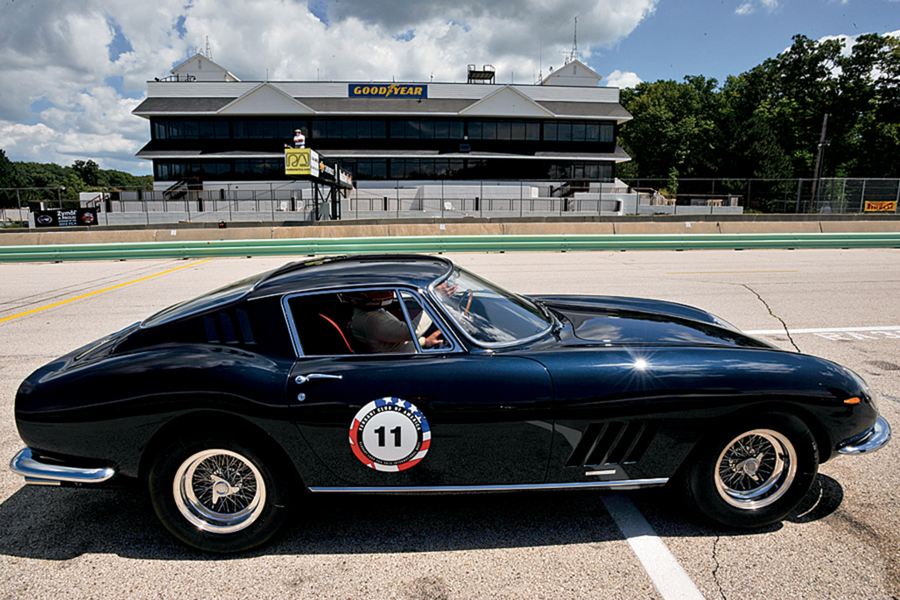 If the problem can’t be addressed, it’s game over. If the problem is fixed, judging continues, but a second issue will knock the car out of contention. When the dust settles, if every single component works perfectly, the car wins the Coppa Bella Macchina.

Up to this point, the car has been the star. Now, it’s the person behind the wheel who gets evaluated. In Coppa GT judging, what the FCA calls the driver’s “competency, proficiency and knowledge” are put to the test on track—at high speed. The evaluation starts with simple things like understanding what the different track flags mean and properly setting the seat and mirror position before setting off, then progresses to driving the proper racing line, shifting and braking smoothly and safely maneuvering through traffic. That’s right: Despite this being the most difficult competition the FCA has to offer, all the Coppa GT entrants are on course at the same time.

Where a car’s success in the concours and Coppa Bella Macchina is based on a points tally, Coppa GT judging is far more subjective. The judges do score the drivers while in their car, but those points are just part of what’s considered during a long, post-event judges’ meeting, where the drivers are discussed and the winners chosen.

This year, 16 cars received a Coppa Bella Macchina, but not all of their owners had pre-registered for the Coppa GT (another requirement), while others had previously won the award in the same car, making both groups ineligible for this round. This left eight drivers to vie for a possible three awards—and in 2013, all three possible Coppa GTs were awarded. In alphabetical order, the winners were Jim Fuchs, David MacNeil and Todd Morici.

JIM FUCHS BROUGHT HIS 1981 512 BB/LM (s/n 38179), which finished sixth overall, third in class at the 24 Hours of Le Mans in 1982. Fuchs has a long history of racing in both the drum and disc-brake classes of the (now defunct in the U.S.) Ferrari Historic Challenge, yet he was still unsettled by the pressure of competing in the Coppa GT. “I was so nervous when I went out with my first evaluator, I damn near killed the engine,” he admitted. “My knees were shaking!”

Some of Fuchs’ tension was due to the very strict enforcement of the Coppa GT rules. “You can’t ask your evaluators for advice,” he said. “Plus, they have been instructed not to make any comments.” In fact, after a brief hello, there was no further conversation. 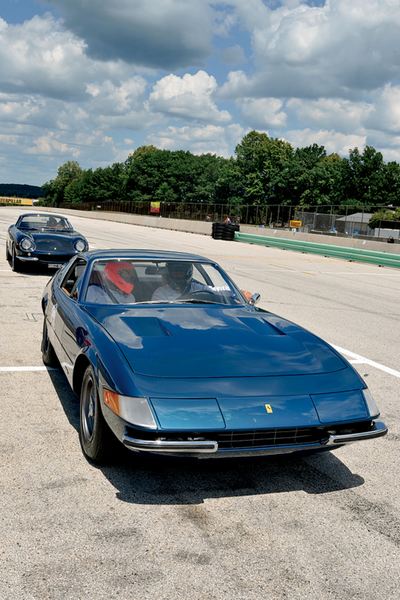 The signal to leave the pits came from event chairman Chris Current, but while the BB/LM was the second car in line, Current held it until all the other cars went out. This was yet another challenge for Fuchs to overcome, since his very fast race car would have to catch and pass—safely and correctly—the seven other cars on track. “There were several no-passing zones, so if you went by a slower car in the wrong place you would fail the test,” said Fuchs.

Making things more difficult, passing is only allowed when the driver of the slower car points the faster car past.

Each driver is given three laps to show his or her skills, and each lap has to be run exactly according to the instructions. “Your first lap is a warm up, with about half of the lap used to get heat into your tires and brakes,” said Fuchs, referring to it as a 60-percent lap. “Your second lap is a hot lap, run at 70 to 80 percent of the car’s ability. The third lap is a cool-down lap.”

Running at 70-80 percent of what a 512 BB/LM is capable of certainly isn’t easy (this Ferrari finished on the podium at Le Mans, after all), and the Coppa GT makes this task even more difficult by stating that the driver shouldn’t exceed the evaluator’s comfort level—whatever that means. “I drove the warm-up lap through the ‘kink’ with a brief brush of the brakes, but during the hot lap I was flat-out,” Fuchs said. “Then I saw my evaluator put both feet on the imaginary brakes on his side of the car. I guessed he was thinking, ‘Oh shit, we’re not going to make it,’ and I thought, ‘That’s it, I blew it!’”

Luckily, that wasn’t the case, and there was more to come. Even the cool-down lap is a challenge, since the driver still has to drive the line, watch for traffic and cool down the car’s brakes so that he or she can stop smoothly and properly when arriving back in pit lane. “The evaluator doesn’t count the laps for you, so that’s something you need to do, too,” added Fuchs. “I think one of this year’s competitors came in a lap too early”—an automatic failure.

Todd Morici, another longtime Historic Challenge racer, agreed with Fuchs’ take on the event. “You’re under a lot of pressure,” he said. “Plus, they keep things close to the vest. They didn’t give us a lot of instructions; we had to ask.” 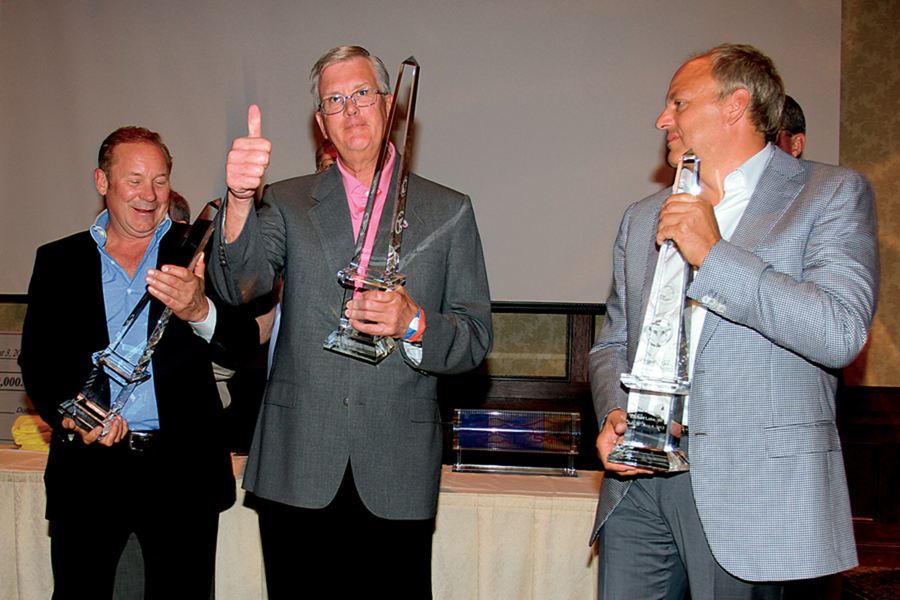 The key, added Morici, “is to read everything ahead of time and don’t freak yourself out! Also, be smooth. The smoother you are, the faster you are. Drive the line—actually, drive the perfect line. I’m very pleased to have won; it’s not easy.”

Morici piloted an alloy-bodied, six-carb 1966 275 GTB (s/n 8343) and admitted he was a little concerned about the requirement to run at 70 to 80 percent of the car’s capability. “It’s like an AMG Mercedes today—the 275 GTB is a street car with some race-car components,” he explained. “You really don’t know if the evaluators know the capability of the car. I wouldn’t want to be one of the people who judge; the cars are all so different.”

Like Fuchs, Morici had a near-silent pair of evaluators, one of whom asked him if he knew what a white flag meant. “I told him that it depended where and when the white flag was shown,” recalled Morici. “At start-finish, it means this is the last lap. If

it’s at other flag stations, then there is a slower car on the track.” The answer seemed to satisfy the questioner, who otherwise said nothing.

The Coppa GT awards were the last ones announced at the Meet’s final banquet. Fuchs, MacNeil (who unfortunately couldn’t be reached for comment) and Morici then received their trophies to some well-deserved applause from hundreds of onlookers.

That’s the inside scoop on the Coppa GT—a daunting contest for both car and driver, but one that nicely exemplifies the spirit of Ferrari.