When he wasn’t running a school for accountants, three-time Targa Florio winner Nino Vaccarella was out racing. 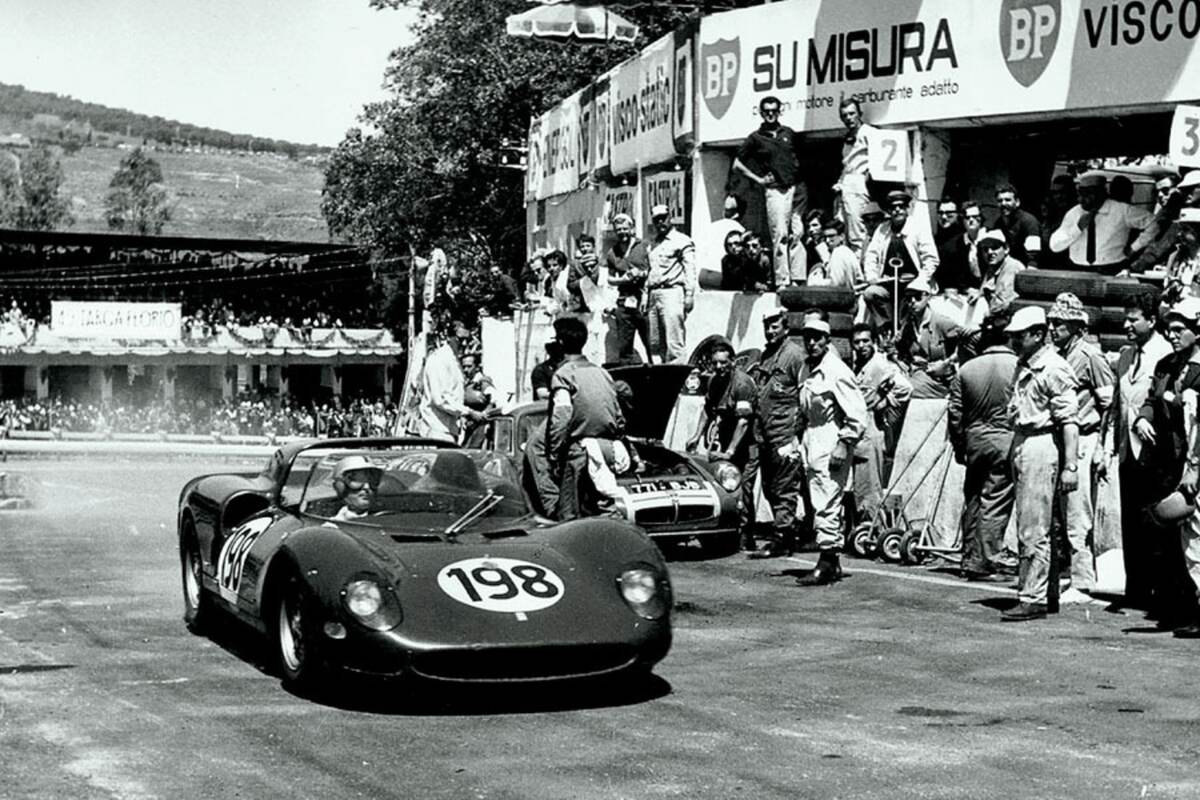 Nino Vaccarella’s curriculum vitae reads like no other. In it, you’ll discover that he has a law degree and that he worked for much of his life in an accounting school he ran with his sister. But you will also find several completely unrelated, and truly fantastic, racing results, including overall victories in the 12 Hours of Sebring, the 24 Hour of Le Mans and the Targa Florio.

Born on March 4, 1933 in Palermo, Italy, Vaccarella spent his childhood in a town near the route of the famed Targa Florio open-road race. This piqued his interest in motorsport, and in 1956 he entered a Fiat 1100 in a hillclimb. He finished fifth in class and was hooked, soon upgrading to a Lancia Aurelia 2500 and, in 1959, a Maserati Birdcage.

Vaccarella’s skills behind the wheel soon attracted the attention of professional racing teams. In 1960, he contested the Targa Florio in a works Maserati Birdcage, and in 1961 he began running select Grands Prix for Scuderia Serenissima. His consistent good finishes and growing fame brought him to the attention of Enzo Ferrari—and in 1963, Vaccarella left Serenissima and signed on at Maranello.

Vaccarella would go on to score major victories for Ferrari. In 1964, he won the Nürburgring 1,000 Kms. with Ludovico Scarfiotti in a 275 P and took the overall victory at Le Mans with co-driver Jean Guichet in another 275 P. In 1965, he finally won his beloved Targa Florio, co-driving a 275 P2 with Lorenzo Bandini. Vaccarella also ran one Formula 1 race for Scuderia Ferrari, the 1965 Italian GP, but his day ended with an engine failure.

After a 1966 season plagued with DNFs, Vaccarella left Ferrari for Scuderia Brescia Corse, then signed on with the works Alfa Romeo team in 1968. Despite his new allegiance, in 1970 he raced a Ferrari 512 S a few more times for the factory—and won the 12 Hours of Sebring with Mario Andretti and Ignazio Giunti.

In 1971, Vaccarella took his second Targa Florio win, this time in an Alfa 33/3. He won a third time in 1975, driving an Alfa 33TT12, but hung up his helmet soon thereafter. He continued to work at his school for many more years before retiring.

FORZA reached Vaccarella by phone at his home in Italy. The extremely gracious former racer speaks little English, so he arranged the services of his nephew to help translate.

You have a law degree and you were once the headmaster at a private school. How big was the school? What were your duties there?

How did you get into racing?

Early in your career, you ran hillclimbs in places like Bolzano and Torino. Did you enjoy hillclimbs or were you eager to race head-to-head against other drivers?

I started racing in hillclimbs, but I enjoyed going to racetracks a lot more. I liked the speed, I liked to really feel the horsepower of a car, and I liked to compete. So for sure I wanted to run on racetracks and compete directly from the beginning. 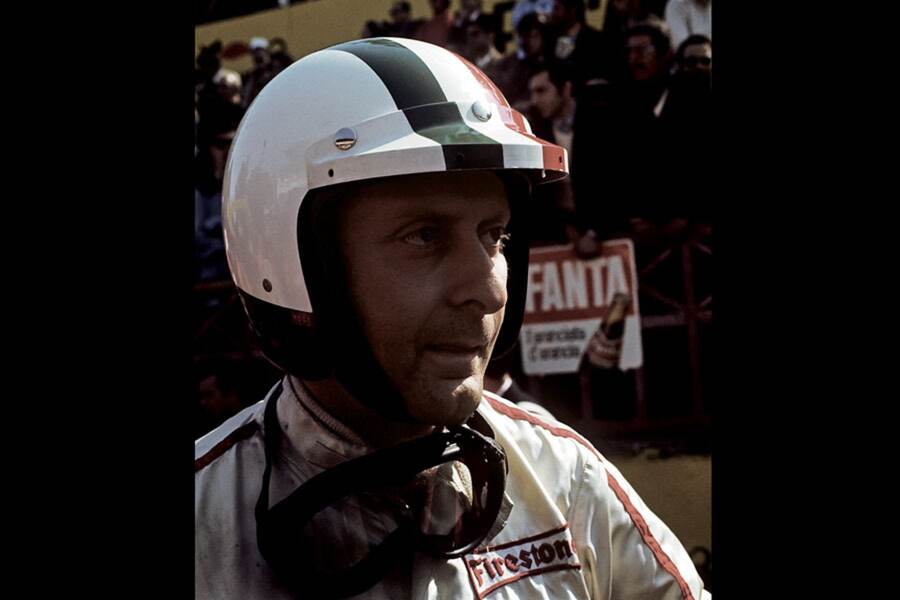 You are perhaps best known for your success in the Targa Florio. What was your approach to that race?

Being a local, since I was born and raised not far from the Targa Florio track, I used to go a month or two before the race with my own car and memorize every single corner. One lap was 72 kilometers [45 miles]. That way, before a race, I could jump in a race car, do a few laps and already feel comfortable with the track. My strategy was not to push it too much. In a long race like that, the most important thing was to be consistent, rather than running on the limit. Because going off a racetrack like the Targa…that would have been the end.

In 1960, you drove a Birdcage Maserati in the Targa Florio. Was the Birdcage as good as legend says it was?

It was an excellent car. It was very reliable, really light, and I never had any problems mechanically. I led the Targa Florio in one. It was much like the legend says: a really, really good car.

You and Jean Guichet won the 24 Hours of Le Mans in 1964 behind the wheel of a Ferrari 275 P. What do you remember most about that race?

The car was absolutely perfect. We didn’t have any problems in the race, which was great. We had to stop during the race for 24 minutes to refuel, which was kind of frustrating, but we still went 348 laps total, which was a record at that time. The car was perfect and Guichet was the perfect teammate.

You also won the Targa Florio in a 275P. Was the car any different to drive there as compared to Le Mans?

What was your ’65 Targa Florio co-driver, Lorenzo Bandini, like?

He was a really nice guy. He was a very approachable man. When we ran the Targa, he was a bit concerned because there was quite a big difference between our lap times. But, I was encouraging to him. I told him to just relax, do your thing, and he steadily got faster. I really enjoyed having him as my teammate.

You won the Targa Florio two more times while driving Alfa Romeos. How did the 33/3 and 33TT12 compare to the Ferraris you ran there?

With the Ferrari, I dominated the race. With the Alfa, it was a bit more difficult considering the opposition, but the best car was obviously the Alfa 33/3.

You ran one Grand Prix for Scuderia Ferrari, the 1965 Italian GP, in a 158. How did the Ferrari compare to the other F1 cars—DeTomaso-Alfa, Lotus, and Porsche—you had previously driven? 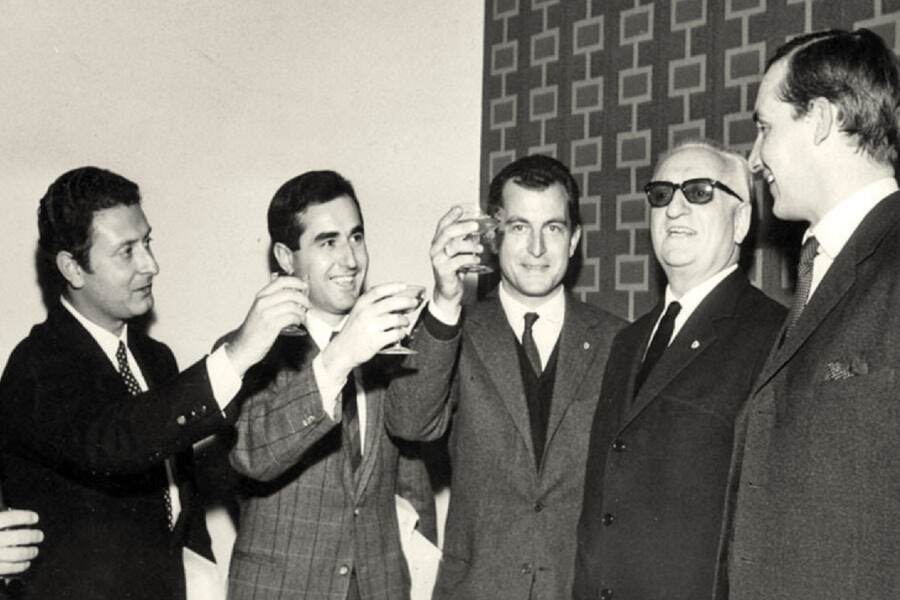 When I raced at the Italian Grand Prix for Ferrari, I was running a V8 and my teammates, Lorenzo Bandini and John Surtees, were running V12s. The 158 was a great car, but I had an engine problem and wasn’t able to finish. Of the Formula 1 cars I ran, the Ferrari was the best. It was the best to drive and the most advanced technologically.

Was there ever the chance that you could have run full-time in F1 for Ferrari?

No. Even with sports cars, I was really only running part-time. I was busy with the school. I was trying to do both racing and the school, and that kind of kept me from running Formula 1 or sports cars full-time. Of course, at that time, Formula 1 was not as popular as sports-car racing.

In 1970, despite having a contract with Alfa, you won the 12 Hours of Sebring in a Ferrari 512 S, co-driving with Mario Andretti and Ignazio Giunti. Apart from the victory itself, what do you remember most from that race?

We had to change the right rear suspension, and because of that we lost 12 minutes and seven positions. After a long battle, we managed to get the car to first position.

A couple of months after Sebring, you raced a 512 S, which put out more than 600 hp, at the Targa Florio. What was it like to drive such a powerful car on such a narrow course?

It was too powerful, especially through the corners. But it was an incredible machine. I took my time and got better and better the more I drove it.

He was very complex, and a very difficult man to approach. His presence was not always there all the time with the drivers. He was always there for the qualifying, but he was never there for the races. Considering the fact that I was racing part-time, I never really had a chance to get close to him.

Do you own or have you owned any Ferrari road cars? Do you have a favorite?

What ultimately led you to stop racing?

Basically, I had been doing it for 18 years. And by that time, I was 40. The main reason was because I became a father. After a good, long career with some great wins, I decided to quit.

What did you do after you retired from motorsport?

I stayed at the school for another 15 or 20 years. But I got rid of the school, and it is now closed. These days, I am mostly taking it easy. But I still love to go to events like Goodwood and drive old Ferraris and Alfa Romeos. I enjoy that a lot!