Wanting to counter the onslaught of big-bore American V8-engined racers, Enzo Ferrari ordered the creation of a car with a 4.1-liter V12—appropriately enough, it was dubbed the 340 America. 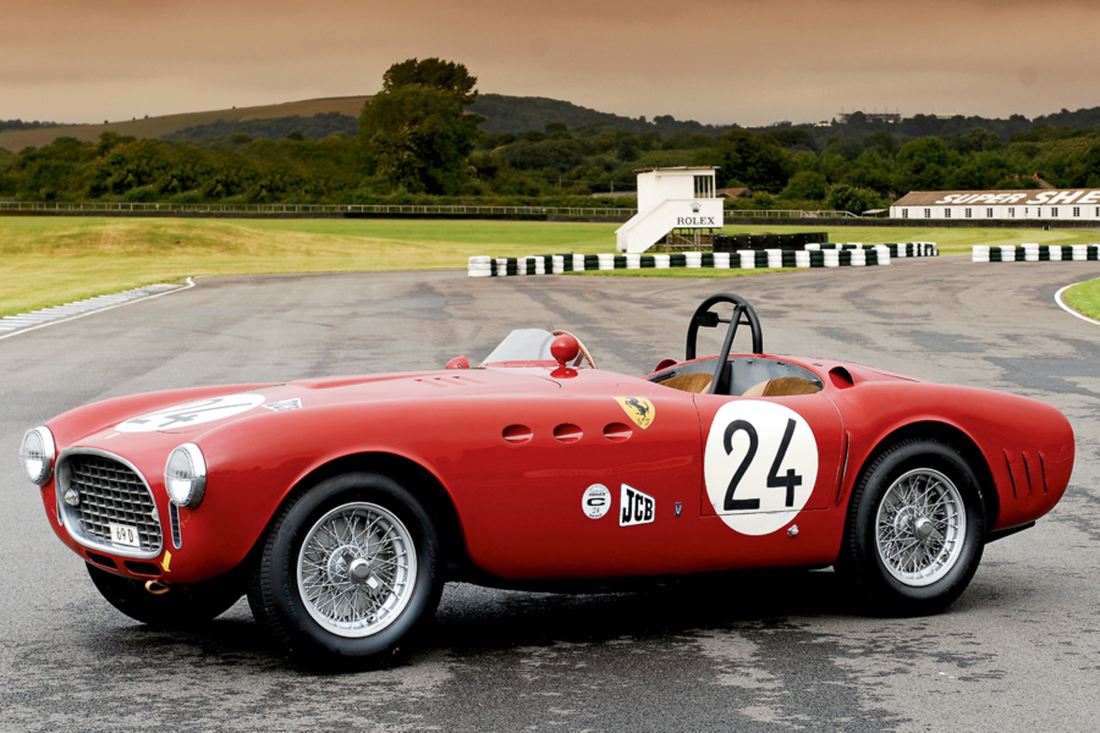 Kensington in West London has long been the center of England’s high-end historic-car trade. The grand streets and patrician homes are intersected by a labyrinth of stables where, in the days before the motor car, wealthy folk kept their horses and housed their servants.

Naturally, if you hang around such places for long enough, you will encounter an historic Ferrari. Had you been loitering around Queens Gate Mews on a crisp morning last November, chances are you would have spotted this 340 America (s/n 0196A) parked outside the big, white showroom doors of Gregor Fiskin. The car’s Vignale body looks effortlessly muscular, the long front fenders flowing smoothly into a powerful tail. From the side, three portholes vent hot air from the engine compartment. From the front, its grille is a brutal oval, flanked by circular lights.

Had you not seen the car, you certainly may have heard the raw, bristling bark from its barely silenced exhaust, a sound that must have rattled every tea cup in the vicinity. In the early 1950s, Enzo Ferrari specified the 340 America as a big-engined counter to Cadillac- and Chrysler-powered Allards in U.S. races. It used a 4.1-liter version of Lampredi’s “long block” 60-degree V12, generating 220 horsepower at 6,000 rpm. 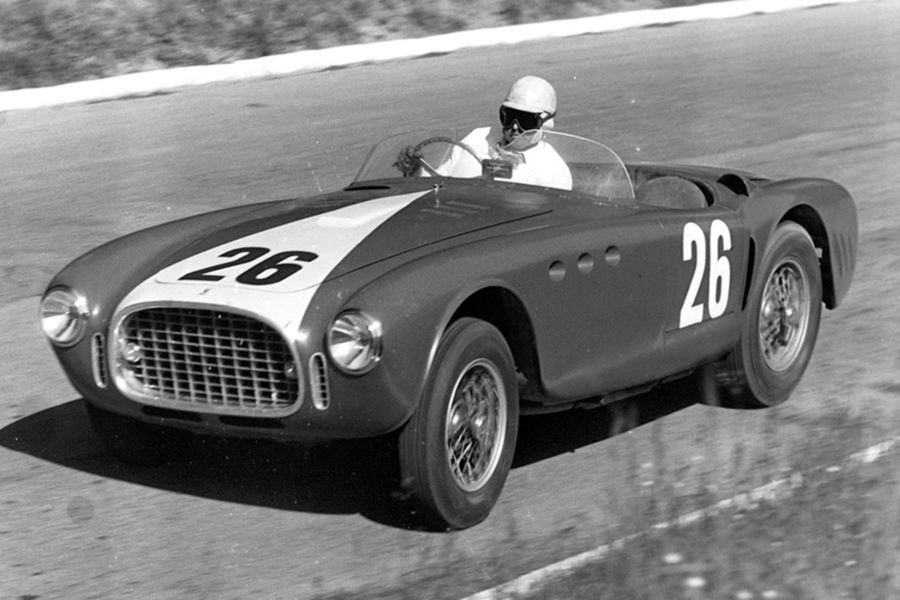 While the 340 America could be driven on the road, it was designed as a sports-racing car and is thus unhindered by such niceties as bumpers or even a proper windshield. Of the 22 examples built, only eight are thought to have been made in touring specification, which included richer trim and wet-sump lubrication. S/n 0196 is very much a competition version, as well as a car with a colorful, though perhaps somewhat inglorious, past.

ASSEMBLED IN EARLY 1952, s/n 0196 was used as a factory team car in May and June. Piero Taruffi and Mario Vandelli drove it in that year’s Mille Miglia. Near Siena, Taruffi took over the race lead from Karl Kling’s Mercedes 300SL, only to be thwarted by a gearbox failure at Poggibosi. It was thought the 340 was running a 4.5-liter Grand Prix engine, not the normal 4.1-liter unit; could the extra power have been too much for the transmission?

Fortunately for Maranello, the Mille field included more than 30 Ferraris, including a privately entered 250 Sport prototype driven by Giovanni Bracco. In a famous brandy-and-nicotine-fuelled drive, Bracco beat the works Mercedes to take the overall win. 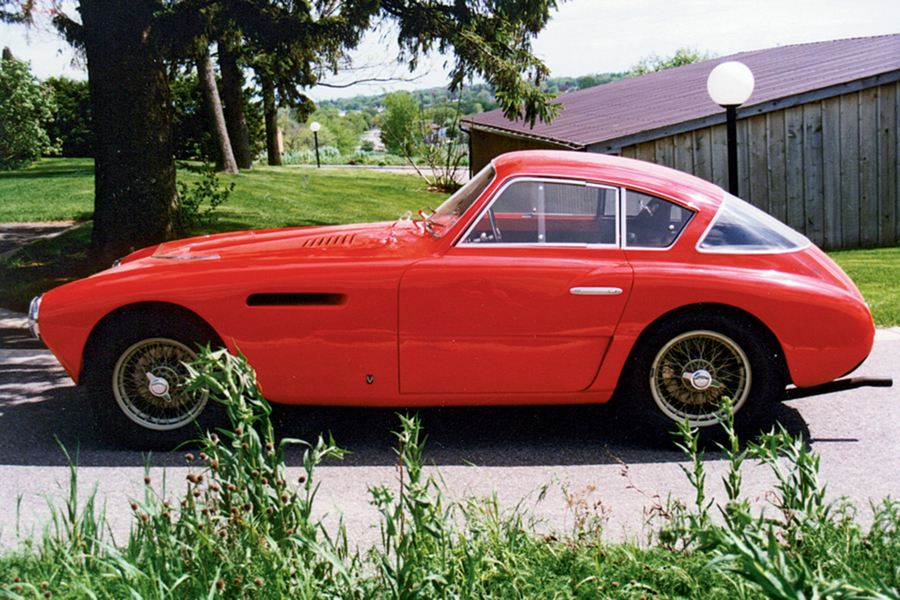 S/n 0196 next appeared in the Grand Prix of Berne, driven by Willy Peter Daetwyler. Its appearance had changed somewhat, with brake-cooling ducts grafted onto the tops of the rear fenders and a broad, tapering stripe on the hood. It again failed to complete the event.

For the 24 Hours of Le Mans in June, the 340 once more changed its appearance—its brake vents were more prominent, and it had gained a single-piece wraparound windshield, extra driving lights and leather hood straps—but it was no more fortunate in the race itself. Driven by Louis Rosier and Maurice Trintignant, the car dropped out while running 42nd with clutch problems that afflicted most of the non-finishing Ferraris.

There is some debate as to whether Rosier raced s/n 0196 or a sister 340 America, s/n 0202A, at Le Mans. The overall consensus is that it was indeed s/n 0196, and factory records seem to support this, as the car’s build sheet states that it should have a long ratio axle for Le Mans. 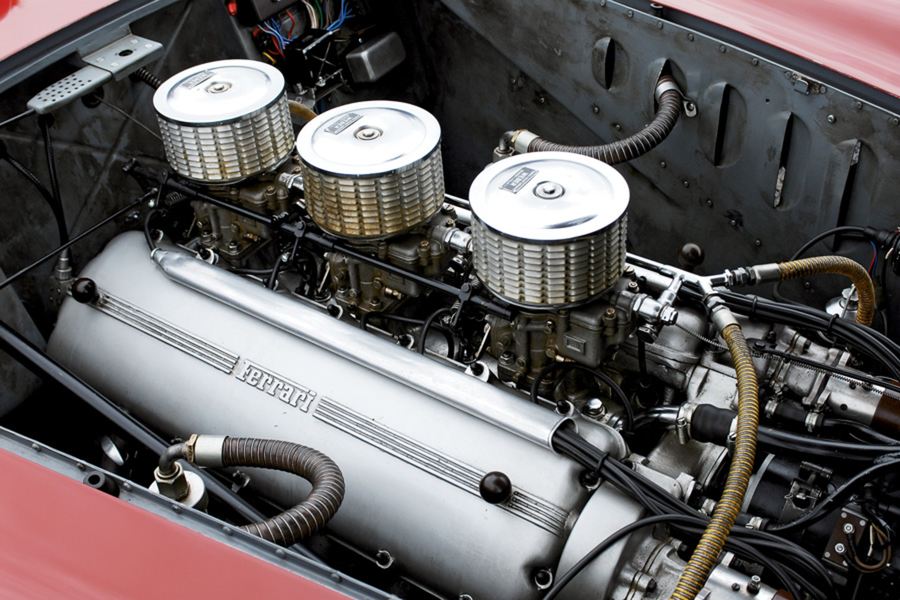 In July 1952, Piero Scotti, a privateer from Florence who had come third in the ’51 Mille Miglia in 1951, bought s/n 0196 from the factory. The car’s history gets a little fuzzy over the next several years, but during this time it was rebodied as a coupe. This wasn’t a new body, but one that had been fitted to a 1952 Aston Martin DB3 belonging to Frenchman Mike Sparken.

Sparken, who had purchased the Aston in ’53, had commissioned Vignale to build a berlinetta shell, which was designed by Giovanni Michelotti. Sparken sold the Aston in ’54, and while we don’t know the whys or the hows, the closed Vignale body somehow ended up being united with s/n 0196.

By 1960, the car was in the U.S., owned by Thomas Caulfield. It changed hands two more times that year, ending up with Lee Sturtevant of Illinois, who paid $3,000 for the car and kept it until 1965. It stayed in Illinois until the late 1970s, with a Mr. Burdette of Northfield until 1977 and then Joe Marchetti of Chicago through 1979. 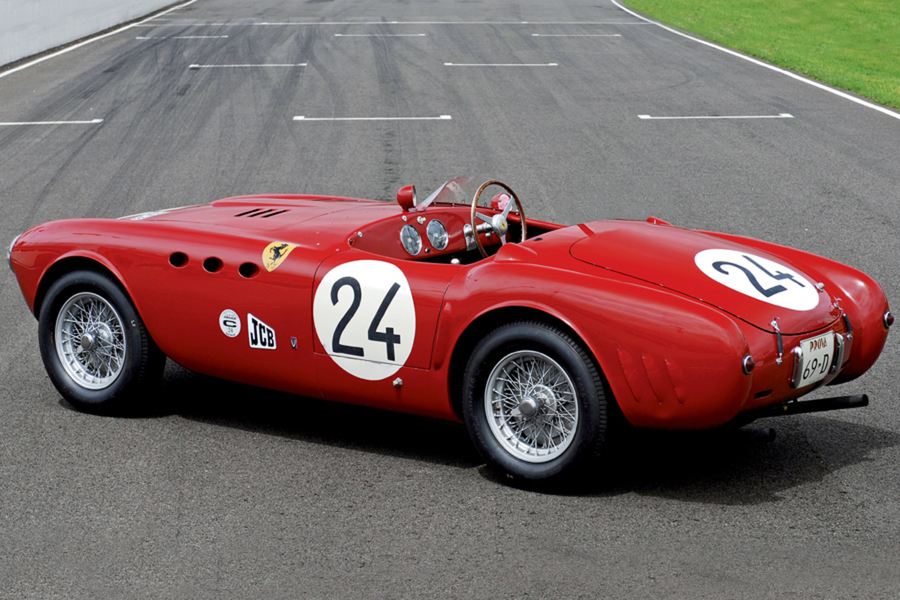 It then moved to Canada with Aldo Bigioni, who owned it until 1997. One year later, now bizarrely fitted with a Mercedes gearbox and disc brakes, it was sold at the Monterey Sportscar Auction.

S/n 0196 arrived in the UK in March 1999. New owner Hugh Taylor commissioned DK Engineering to return it to original specification, but it was Anthony Bamford, who bought the car a few months later, who funded the restoration through to its conclusion in 2001.

“We just put it back to what it was,” says DK’s David Cottingham. “I’m not sure why the original body was changed, but a lot of the cars changed bodies in the early days; they could do it quickly. The Vignale coupe body was beautifully made and, like the rest of the car, in really good condition. It was quite attractive; the only thing that spoiled it was the flat windscreen. We fitted the coupe body to a 212, so it lives on. I’d already made a body for another 340 America some years ago, so we copied that and made a body jig.” 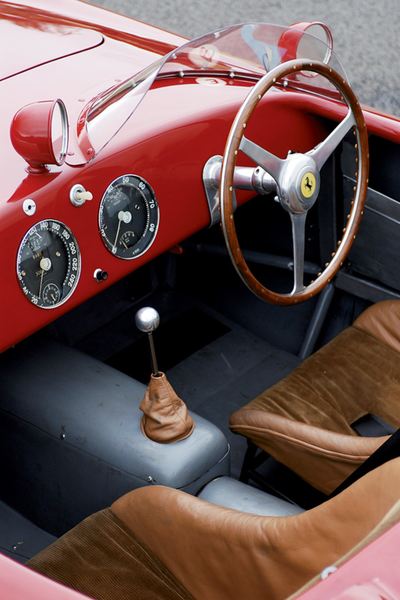 Obviously, the Mercedes gearbox had to go, but the original five-speed transmission, awkward to use with little synchromesh, was deemed unsuitable if the car was going to be used. It now has a period four-speed 340 Mille Miglia gearbox.

I OPEN S/N 0196’S DRIVER’S DOOR and plop down into the bucket seat, which clamps me firmly into place as I take in the imposing view down the hood. The steering column looms out from the dashboard, which gathers all the instruments together in a binnacle, and generously sized floor-hinged pedals occupy the roomy footwell. It is easy to get comfortable inside.

To start, I flip the magneto switch to the right and turn the ignition key. Now, with the clutch dipped, I fire the engine. The starter turns the big V12 over with a clanky, metallic clatter; it fires nearly instantly, filling the cockpit with an angry, complex noise. I then select first gear. The lever seems to be just a hands’ span from the wheel.

Moving off, the Ferrari’s clutch is surprisingly friendly, and the gears click home positively; it’s a pleasure to go up through the ’box. Although this four-speed allegedly has synchromesh, coming down the gears requires quite accurate double-declutching if embarrassing crunching noises are to be avoided.

S/n 0196 is not at its best when driven slowly. The steering is hefty, the ride crashy and the engine unwilling to pull cleanly from low revs. I floor the throttle at the first opportunity and feel a solid urge swell at 3,000 rpm, with the engine gaining real momentum from 4,000 to 5,000 rpm. When this V12 winds up, it’s so smooth and bullish! I’m soon thundering along Kensington Gore towards Knightsbridge, spearing a confident path through bumbling West End traffic.

As speed builds, the steering’s weight falls away and such is the noise—that expensive, metallic complexity of big, big sound—that I no longer care about the wind whipping my face or the truckish ride quality. Though the steering is fairly precise, the decision as

to how much understeer I want to wipe-off or dial-in through a corner is made by my right foot. The bolder I get, the more rewarding the 340 America becomes to drive.

Back in the stables, the thunder dies and s/n0196—refreshed, rebodied and no longer suffering from an identity crisis—is wheeled gently back into its spot. Whatever one thinks of its history, its muscular charm does not disappoint. 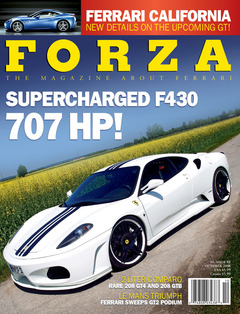