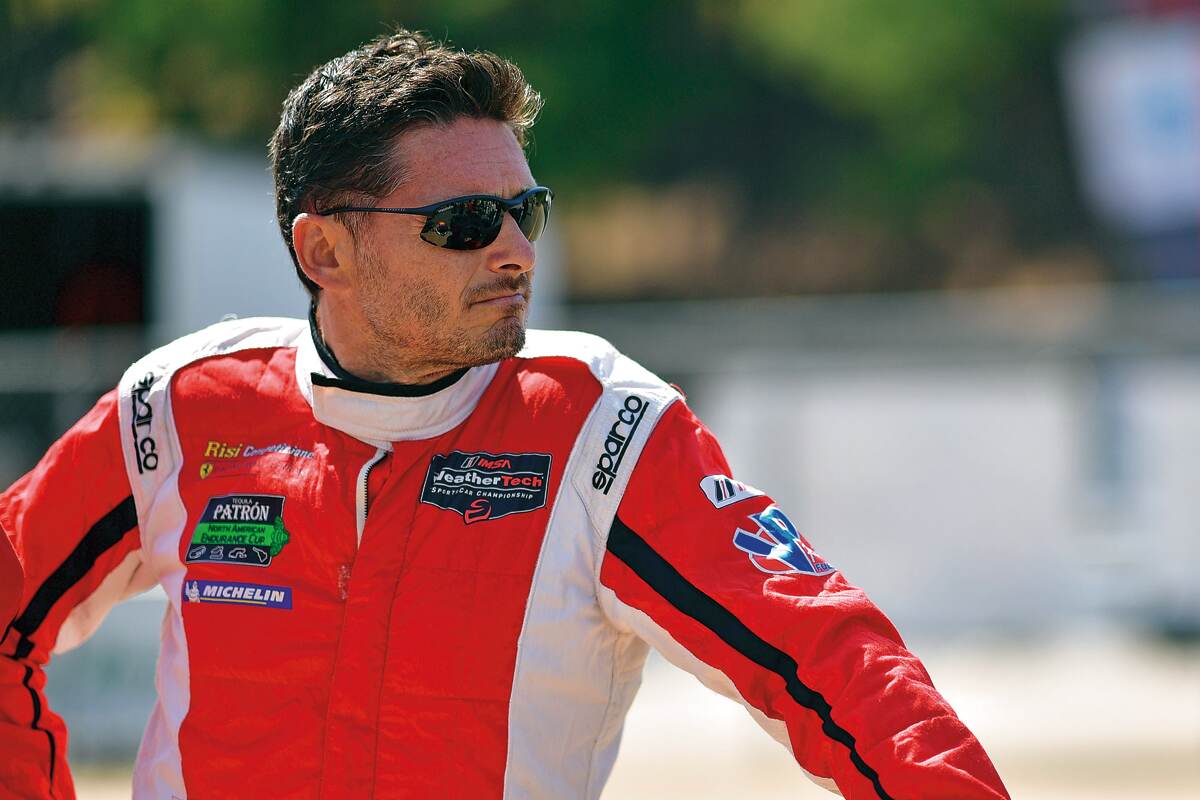 After two years in Formula 3 and another two in touring cars, Giancarlo Fisichella joined the Formula 1 grid in 1996. Over the next 15 seasons, the Roman raced for seven teams: Minardi, Jordan, Benetton, Jordan again, Sauber, Renault, Force India, and, for the final five races of the 2009 season, Ferrari. He scored three wins and two constructor’s championships along the way, and when his F1 career ended, he jumped straight into sports cars.

Since 2010, Fisichella has been a Ferrari works driver, competing in GT races around the world in various iterations of the F430, 458, and 488. He’s won the 24 Hours of Le Mans twice, in 2012 and 2014, and has raced in the United States for several years with Risi Competizione.

Today, at 49 years of age, Fisichella drives a 488 GT3 for the Iron Lynx team in the LMGTE Am class of the FIA World Endurance Championship. We caught up with the racer during WEC’s season opener at Sebring.

How did you get started in racing?
My father was a big F1 fan and he had a garage, so was always involved with cars. He gave me the passion for the sport when I was young. I started go-karting when I was eight years old, and we were both so excited the first time I drove a kart. My dream when I was growing up was to become a Formula 1 driver, and I worked very hard and did everything I could to get there. It wasn’t easy. In fact, it’s nearly impossible because there aren’t that many seats available, but I did it and I’m very proud of that.

You had a long career in Formula 1 with many different teams, including Ferrari. What were the highlights of those years?
One of the best memories was when I drove in F1 for the first time in my life, with Minardi. It was just amazing. I remember the first race in 1996 in Australia. At the driver’s briefing on the Friday before the race, I was sitting next to Gerhard Berger, Michael Schumacher, and Jean Alesi, and I realized that I was one of them. It was great. 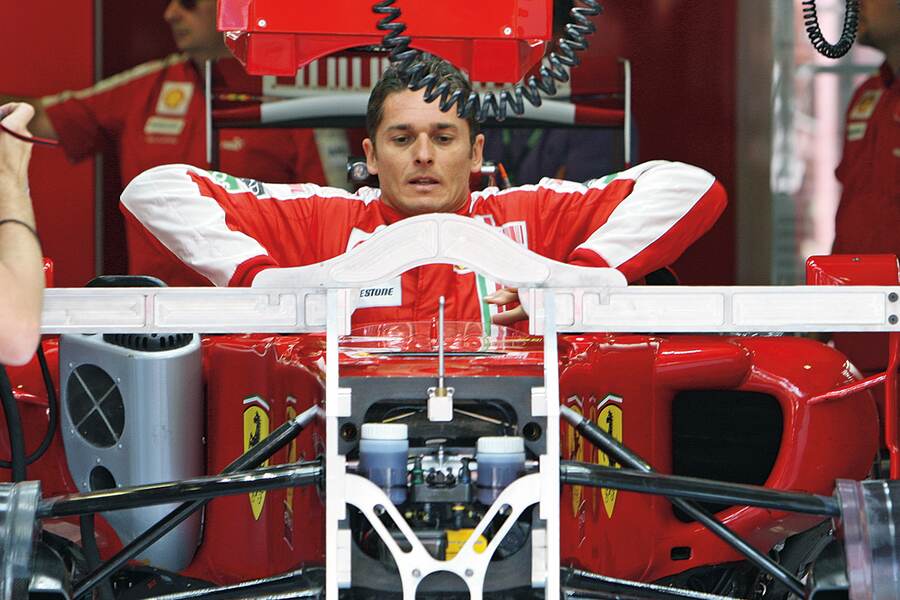 Giancarlo Fisichella closed his Formula 1 career with Ferrari in 2009.

I have great memories of when I first won an F1 race [the 2003 Brazilian Grand Prix with Jordan] and also when I raced for Ferrari in the last five races of the championship in 2009. That was another dream of my life, not only to become a Formula 1 driver but to one day drive for Ferrari. That was a dream come true.

Is it difficult to go from one F1 team to another?
It depends on if the team is a good team and if they have a quick car. That makes things easier. Honestly, with everywhere I drove I felt a good atmosphere. The teams were all nice with me, and I always had a very good friendship with the mechanics and engineers.

What was it like to go to Ferrari? It must have been very special to be an Italian driver competing for the Scuderia.
I started the 2009 season with Force India. The car was okay in the first half of the season, but we put a new aero package on the car for Spa and it was incredibly quick. On Saturday morning with the new package, it was like another car. In the qualifying session I was on pole position, and we didn’t expect that, nobody was expecting that. We were really quick in the race and I finished second, just one second behind Kimi [Raikkonen] in the Ferrari. It was a great car and was a great race for me.

Ferrari was looking for a driver because of the problem with Massa [who had been injured in practice for the Hungarian GP when a spring struck his helmet]. In the meantime, there was Luca Badoer, who was driving for Ferrari at Valencia in place of Massa, but he didn’t have the pace and they were looking for another driver. They called me and we found a good compromise between Force India and Ferrari. For me it was the dream of my life to drive for them, even if it was just for the last five races. I remember in Monza after they announced it, it was amazing. It was one of the best days of my life! 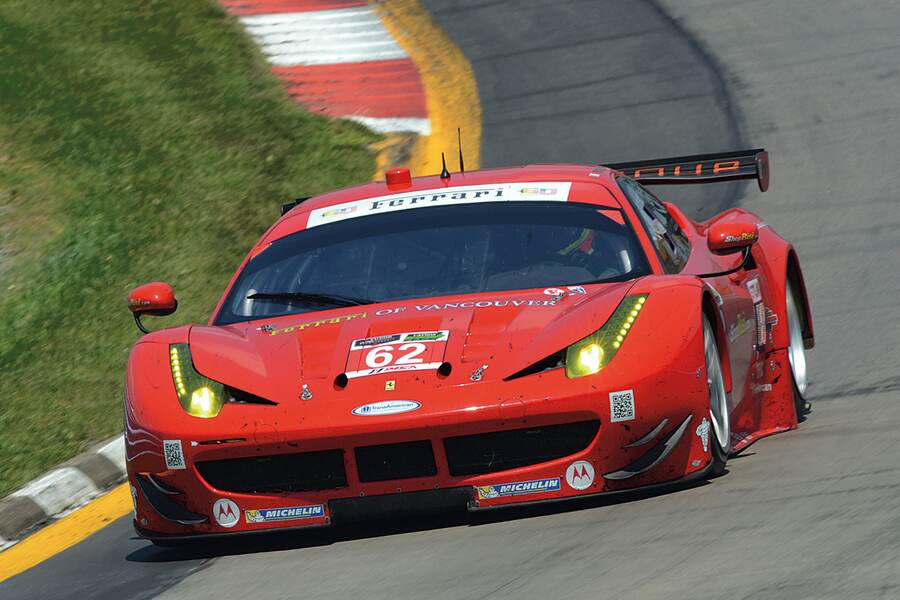 What was the culture like then at Ferrari?
Being at Ferrari as an Italian driver was great. In a way I felt at home, because I knew most of the mechanics from being in Formula 1 for several years. The expectation was to get the maximum points, but it wasn’t easy. It was difficult to jump from one car to another without testing, and there were a lot of differences between the Force India car and the Ferrari. There were a lot more adjustments in the Ferrari and there wasn’t enough time to adapt to the car for me, because it was a completely different type of driving for me with the KERS. [The Kinetic Energy Recovery System was new in 2009 and only a few teams used it; Ferrari did, Force India did not.] The engineers would be telling me to move this and change this, and it wasn’t easy.

One example is that I used to brake and downshift, but with the KERS on the Ferrari you needed to downshift into the corner, so it was difficult to adapt. The car was not really a winning car, even Kimi was struggling to score points with it, but I was still happy to be at Ferrari.

In 2010, you switched from F1 to sports car racing. What was the transition to the Ferrari F430 GT2 like?
Honestly, at the first test the first couple of laps were a shock. There’s a huge difference in grip level, as well as the power of the engine and the braking, mostly because the weight of the car was double that of the F1 car. I was struggling a little bit to adapt my driving to that type of car. You needed to anticipate the corner and jump on the curbs, which was impossible with an F1 car. You also needed to brake much earlier. You need to switch your brain to adapt yourself to a new type of driving, but I started to understand it and adapt to it and started winning some GT races.

How would you describe your driving style?
Obviously, going from an F1 to a GT car is a completely different type of driving, but I have always liked the same kind of setup, with more rear end but not a lot of understeer. In a GT car, you can’t have the car set up just for you because you have to share it with another driver, so you have to compromise. 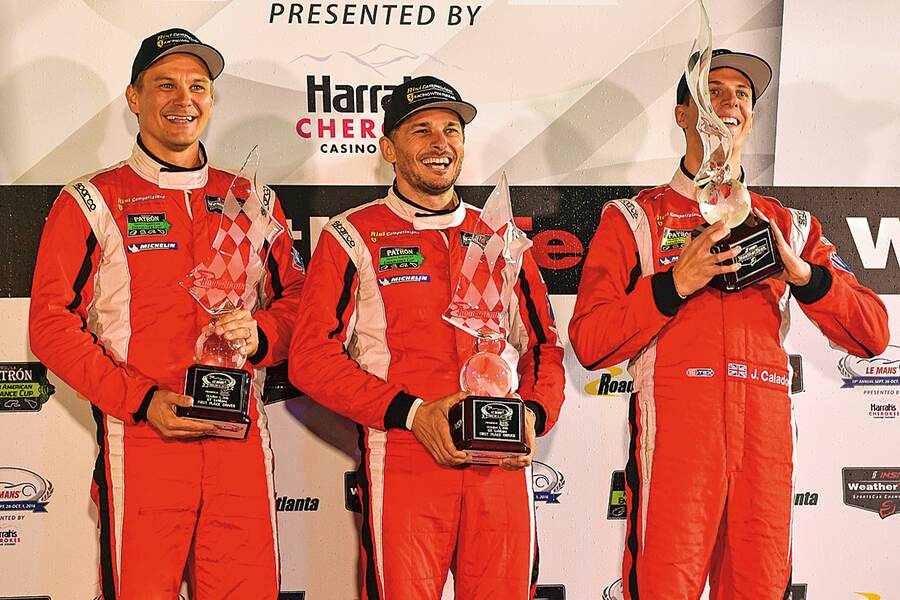 How have Ferrari’s GT cars evolved over the years you’ve
been driving them?
My first season with the GT car was in 2010 with the F430 GT2, and there are big differences between that car and the 488 GT3 that we drive now. Already it was a big step from the F430 to the 458. The F430 was still using a manual gearbox, and then after one year of driving the 458 with a manual gearbox we switched to a paddle-shift gearbox, which was a big change.

From the 458 to the 488, it’s another world. The 488 GT3 is very good. The engine is fantastic and it’s very nice to drive. Because of the Balance of Performance, we’re around five seconds a lap slower than we could do. With the turbo engine, there’s good power off the exit of corners and we worked a lot to get it to work as well as it does. I was really happy yesterday to see the pictures of the new 296 GT3, it looks amazing.

How do you like racing in the United States versus racing
in Europe?
I’m not just saying this because you’re American, but I love to race in America! I love the circuits around the U.S., they’re the best in the world. I really like Sebring, Watkins Glen, Road America, and VIR [Virginia International Raceway]. I really like the atmosphere, too, with having the fans around. They’re all very friendly and there’s a lot of passion for the sport. You see that in Italy, too, but not as many fans come out for the sports car races.

Are there any GT races in particular that stand out?
Yes, I would say Le Mans in 2012. I had a crash in free practice and the car was damaged. We had to change the chassis overnight and the mechanics did a fantastic job to build the car in time for the race. We started the race from last place but ended up winning. The 24 Hours of Le Mans is probably the single most important race in the world.

Are there any races you’d still like to win?
I would like to win here at Sebring, either the IMSA 12 Hours or the WEC 1,000-mile race. I finished second here in 2019 [with Spirit of Race in WEC LMGTE Am]), but I’d really like to win here. 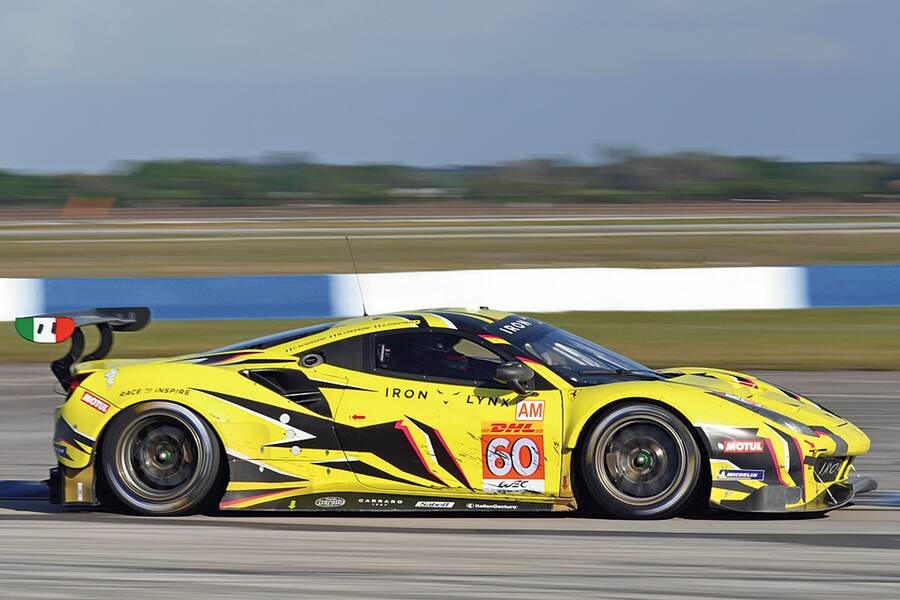 What do like about Sebring?
I like this track a lot. It’s very challenging, with a lot of nice corners, and you need to respect the bumps. Turn 17 and Turn 1 are so difficult because of the bumps. It’s a challenge between you, the car, and the circuit, and when you find the right setup it’s very quick. We’ve been happy with the setup here this year, but WEC is using a new fuel and we need to adapt to the engine map to get more power. Porsche and Aston Martin are much stronger than us right now.

Do you enjoy driving in a team with gentleman drivers?
It’s a new challenge for me, driving with the Iron Lynx team. I used to drive with [factory team] AF Corse. The amateur drivers are reasonably strong drivers and I’m happy to share the car with them. Right away I felt very comfortable with the team.

What do you do outside of driving?
Along with other Italian drivers, we have an academy for young drivers competing in karting up through Formula 4. We try to guide them in their career, in working with the engineers, understanding telemetry, staying fit for racing, and things like that.

What do you drive on the street?
Right now I’m driving an Alfa Romeo Stelvio. It’s a nice car. I used to own a Ferrari 458, but had to buy it myself! 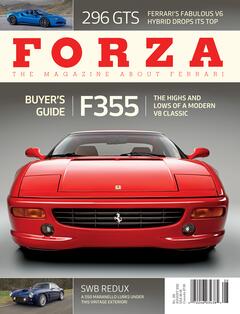