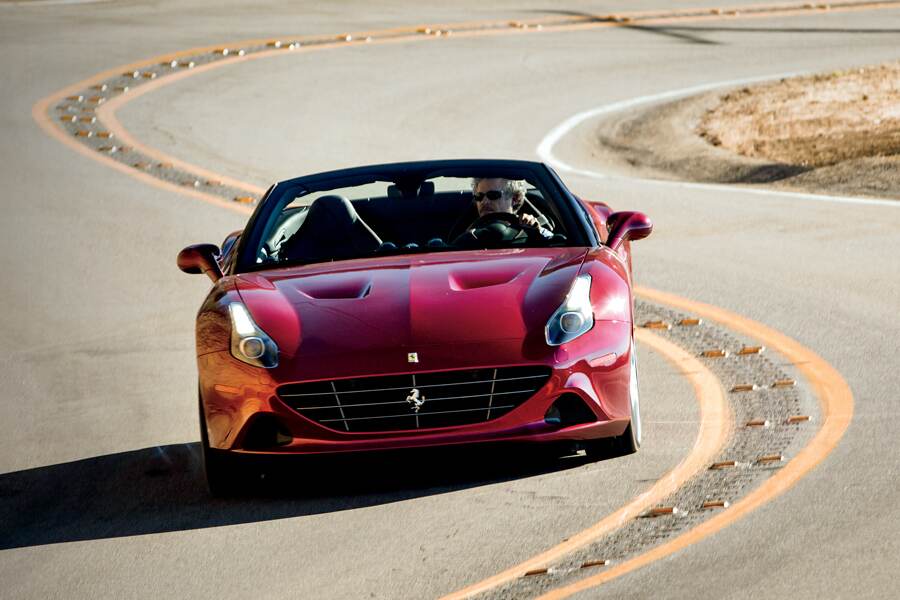 CONFESSION: I love the California T. Actually, so does everyone I know who’s driven one. Forget the griping that’s followed the model since the original California was launched in 2008; as in, it’s too slow, too soft, too ugly, not a real Ferrari. The T is awesome.

It’s not perfect, of course. I think the torque-rich, turbocharged 3.9-liter V8 is too quiet, and wish the car’s handling was a little sharper when the going gets fast and twisty. Apparently I’m not alone, because earlier this year Ferrari introduced the Cal T-specific Handling Speciale package.

If that moniker sounds familiar, it’s because Maranello also offered an HS option on the normally aspirated California 30. In that case, the upgrade consisted of stiffer springs, reprogrammed shock absorbers, and a quicker steering rack. The result was a car that turned in more crisply, leaned less, and generally felt more controlled and cohesive. While there was a slight penalty in ride quality, the improvement in handling made HS a no-brainer. 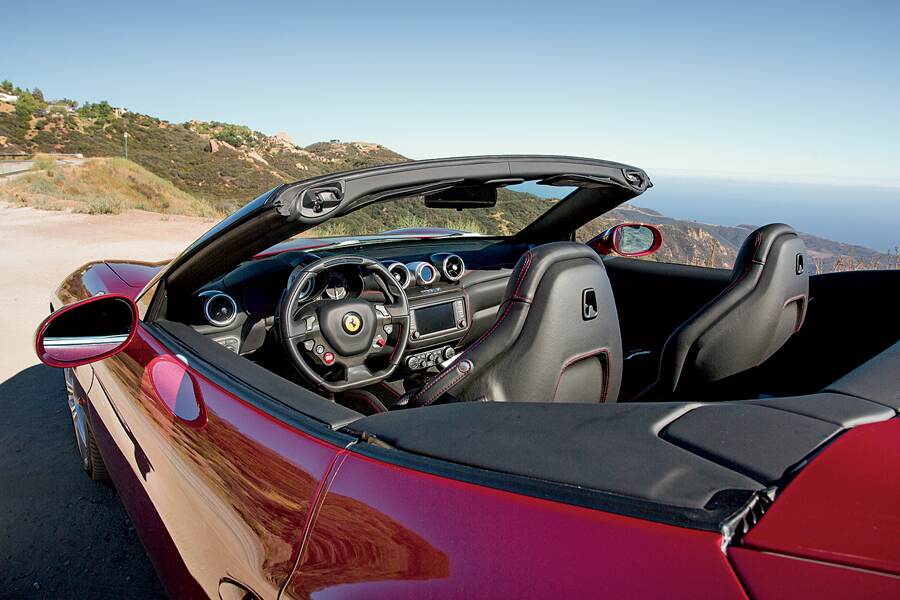 The Cal T Handling Speciale retains the suspension changes, forgoes the revised steering rack, and adds quicker shift speeds, revised traction-control logic, and a louder exhaust. It costs around $8,000, on top of a base price of roughly $200,000, and I think it’s worth every penny. This time, though, checking the HS box on the order form requires a little more thought.

THERE ARE FEW visual changes that differentiate HS-equipped Cal T’s. The most noticeable is the newly gray diffuser with black vanes and black exhaust tips—although apparently not all HS cars have them, nor the similarly gray grille up front. There’s a Handling Speciale badge on the center console between the seats, but the real clue comes when the engine fires up.

Even at idle, the Cal T HS’s exhaust note is noticeably deeper and richer than the regular car’s. Things get even better on the move, as the HS howls harder under acceleration and merrily snaps, crackles, and pops its way down through the gears. (The 560-hp V8 itself is unchanged, which means effortless grunt in top gear on the highway and ferocious acceleration in any gear on your favorite back road so long as the engine’s spinning above 4,000 rpm or so.) The newfound sound is brash, exuberant, and maybe a touch over the top, but it’s fantastic fun and never too intrusive (aside from a slight boominess at just-above-idle revs). All in all, the reworked exhaust adds so much to the driving experience that it alone might be worth the HS package’s price of entry. 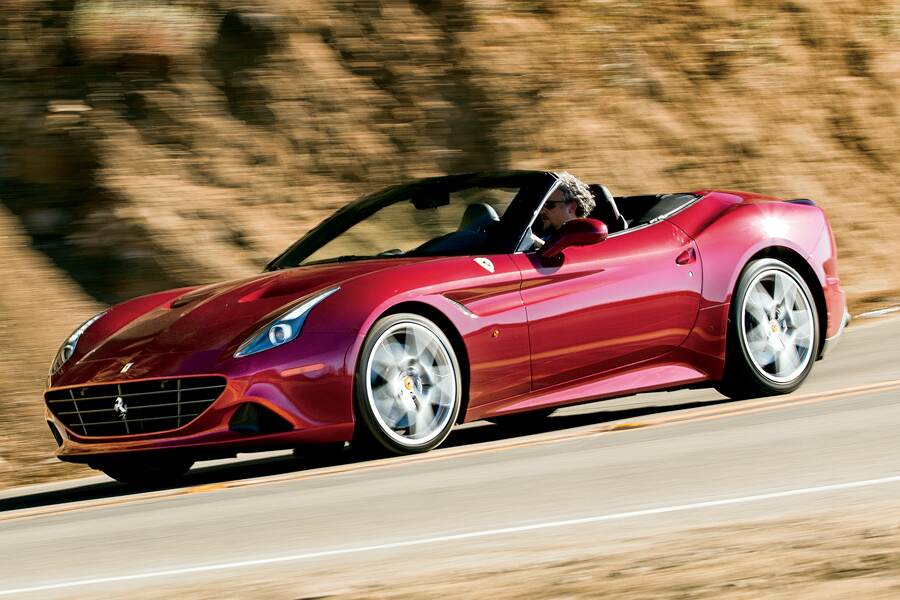 The revised suspension setup contributes another significant layer of enjoyment. On paper, the changes appear minor—for example, spring rates are up just 16 percent front, 19 percent rear—and on the road, if you haven’t driven a non-HS Cal T, nothing about the ride quality will make you think “sport package.” Yet on the winding canyon roads above Malibu, the Cal T HS devours the corners in a way the regular T can only imagine. Turn-in is sharper, the driver feels more connected to the road, and in high-speed curves the front end hangs in there much longer and more confidently.

The most significant  change, however, is in body control. The HS-equipped California leans less and transitions quicker in the turns, and stays better planted when the going gets fast and/or rough, with less bouncing around.

It’s all exactly what you’d expect from something called Handling Speciale, but this doesn’t mean the Cal T has suddenly been transformed into a full-on sports car. The HS package simply makes an already excellent GT that much more involving. There’s a price to be paid, though, and it’s called ride quality. 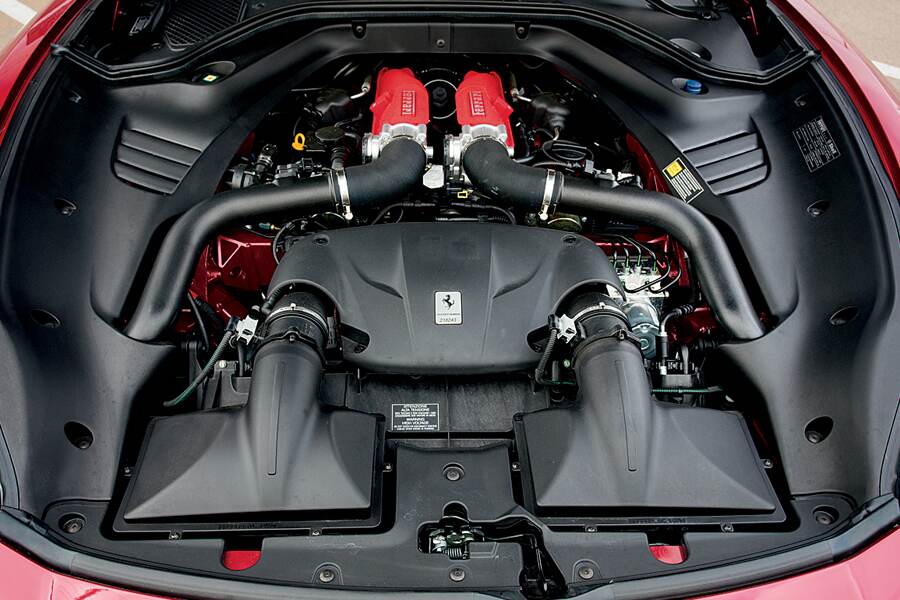 The more tautly suspended HS’ improved connection to the tarmac is evident at all times, which means you’ll feel the road even when you’d rather not, such as when thumping along over Los Angeles’ pitted pavement. It’s far from uncomfortable; as mentioned, if you haven’t driven a non-HS Cal T the ride quality won’t give you a moment’s hesitation. But if you have, it might, and the regular Cal T’s wonderfully plush ride isn’t something to give up lightly.

My tastes lean more toward 488 than GTC4Lusso, but I’m also a sucker for comfort—so long as it doesn’t come at the expense of handling. The regular Cal T handles wonderfully in almost every real-world

situation, only occasionally losing its effortless composure during serious back-road blasts. And when I spent a week with a T last year [“Character Study,” FORZA #143], those fun runs accounted for less than a quarter of my time. Far more often, I was driving to work, to the grocery store, to Little League games. In those more mundane circumstances, the Cal T always felt special and always put a smile on my face. 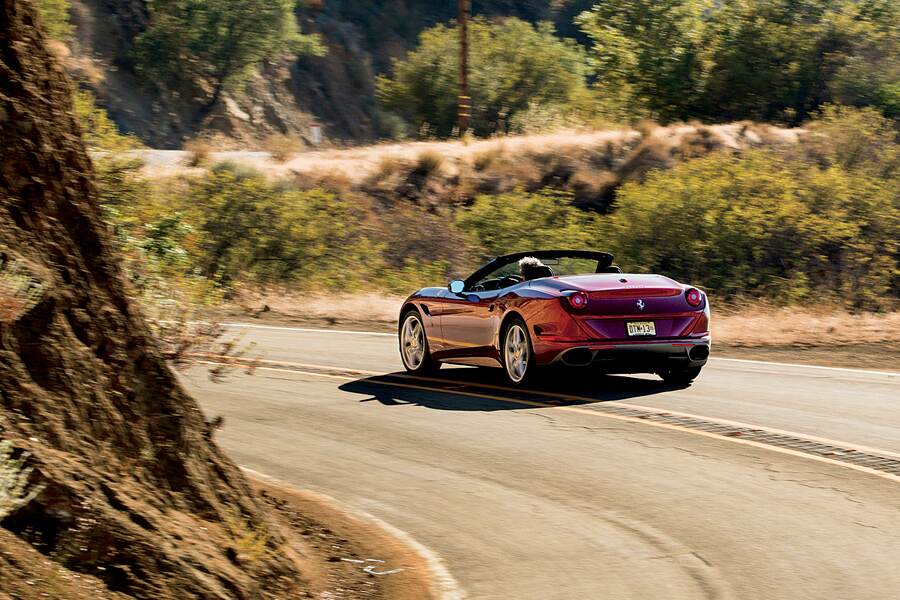 If you plan to use your California mostly for daily driving and/or touring and aren’t really addicted to attacking corners, you can skip the Handling Speciale option without concern. While the standard car doesn’t enjoy the HS version’s tactility or tighter body control, it smoothes out the road surface almost magically, floating above potholes and rough pavement as if they don’t exist.

For me, though, it’s HS all the way. While the individual changes appear minor, collectively they have a major effect on driving pleasure. While I might sometimes wish for the regular car’s slightly more comfortable ride, it’s a price I’d be more than willing to pay in exchange for the HS’ newfound back-road abilities. And did I mention the sound? 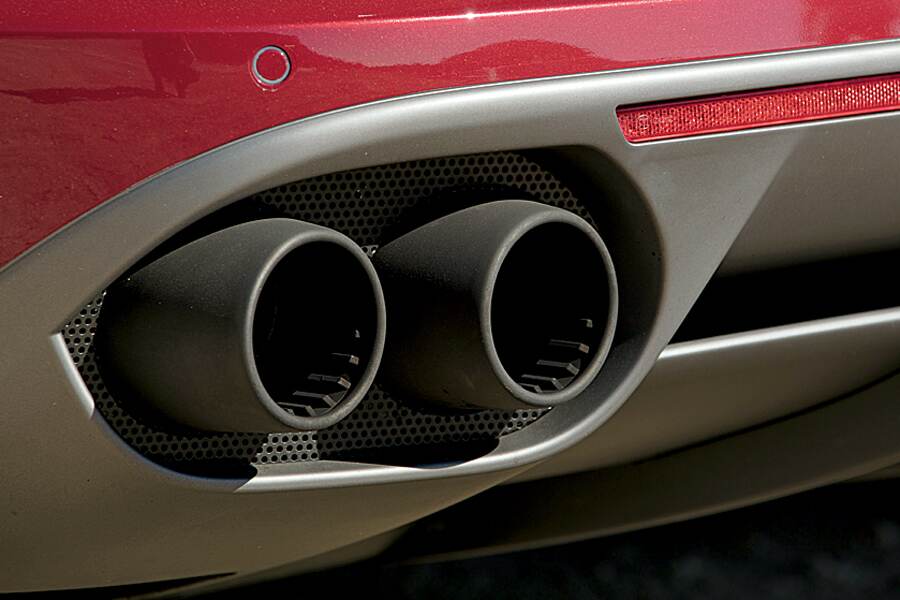 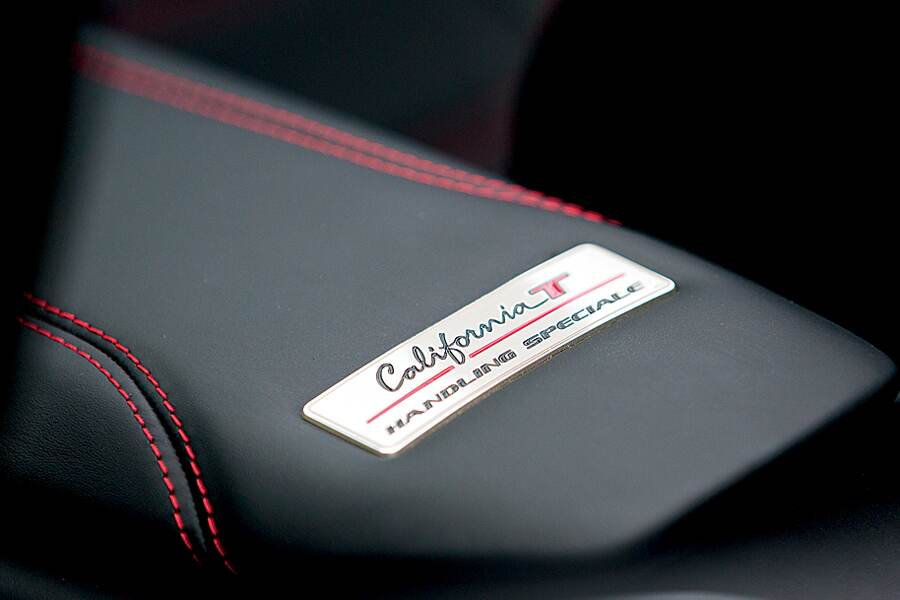 Shooshani has put about 6,000 miles on his Cal T, which features a number of custom touches courtesy of Ferrari’s atelier program, in the 12 months he’s owned it. “I think it’s a perfect every-day, practical Ferrari,” he says. “It has great power, great response, and in a city like Los Angeles, with the traffic, all the stop and go, it’s just perfect. It’s sexy, it’s beautiful, and I just love it as a daily driver.”

Hopping into Shooshani’s non-HS Cal T was an eye-opener after spending a day in the HS-equipped test car, so it was only fair to offer him the keys to “my” car. His impression?

“It’s a step above my car,” he says. “It’s got quicker response off the line, more of a sporting sound—it’s sexier, deeper—and in the corners you can feel it’s tighter, with less roll. Ferrari took something that was a daily driver and made it into a car you can have fun with on the weekend, on back roads, even on the racetrack. It felt really good, more aggressive, and very different from the regular Cal T. It’s like driving a luxury car versus more of a sports car. If you want to have fun on winding roads, the Handling Speciale is it.” 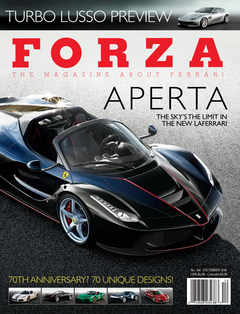