When a customer requested a special car, Luigi Chinetti, Jr. responded with this futuristic Daytona. 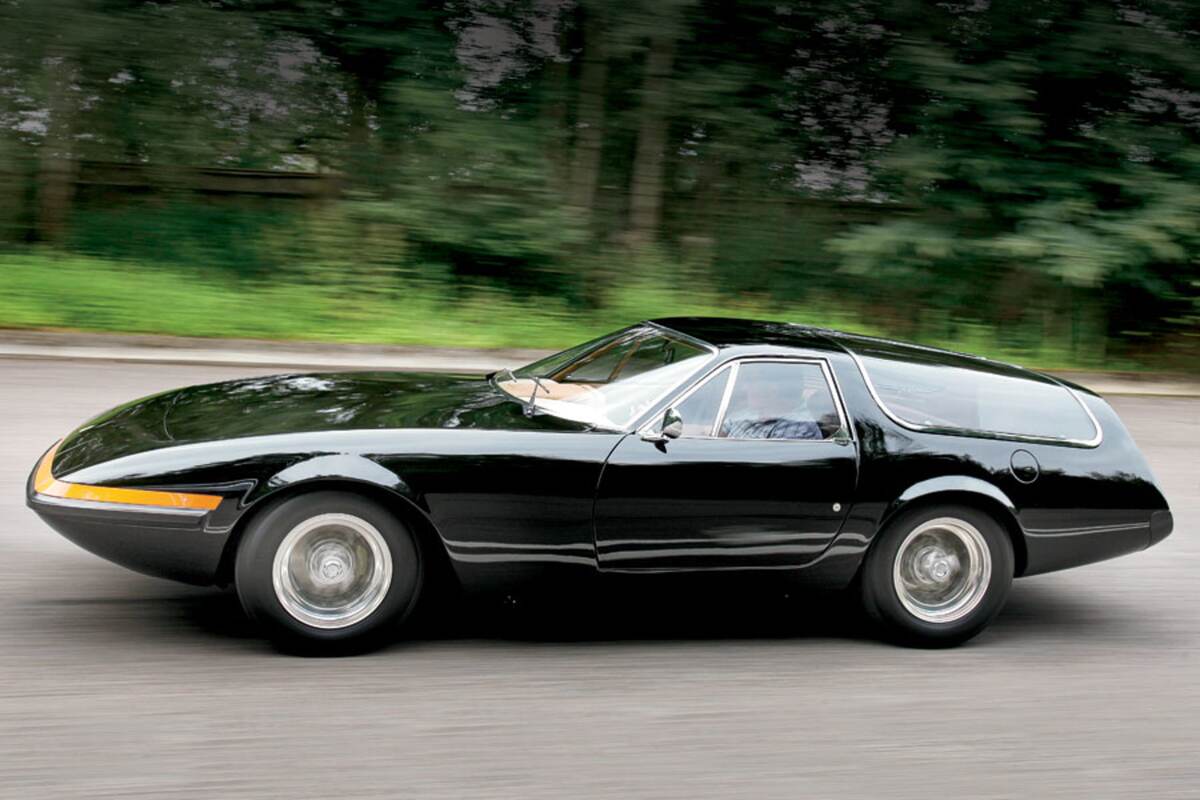 The mid-1960s and early ’70s were austere times for the luxury-car business. A fuel crisis, labor problems and increasing momentum behind new safety and environmental legislation looked like they might take the fun out of cars for everyone. The focus had switched from the hedonism of speed and luxury to the practicality of thrift and function. Some predicted the death of the supercar; Enzo Ferrari could be seen driving a humble Fiat 131 sedan around Maranello. It was a period of retrenchment and rationalization during which few dared to dream.

For all these reasons, 1973 hardly seemed like the moment to flaunt one’s wealth by commissioning a one-off, 170-mph Ferrari. Yet it was then that one of the most eccentric Maranello specials of all was conceived. Constructed to the order of a wealthy Florida real-estate magnate by a left-field English coachbuilder that had only been in existence for four years, the outrageous Daytona NART wagon (s/n 15275) was designed by Luigi “Coco” Chinetti, Jr., son of the legendary Ferrari importer and racer.

The Chinettis had a substantial track record of building special Ferraris for customers who were looking for something different. Chinetti Sr. was the man behind the famous, factory-built 275 NART Spyders; less well-known are the cars Chinetti Jr. penned himself, usually in a severe and angular style, that were brought to life thanks to his connections with various Italian coachbuilders. Among others, there were a snub-tailed Daytona Spyder for Steve McQueen, a futuristic body for a 275 P built in collaboration with Michelotti and illustrator Robert Peak, a 275 GTS re-bodied by Zagato and the 365 NART Spider that appeared in issue #130’s “Chinetti Conundrum.” 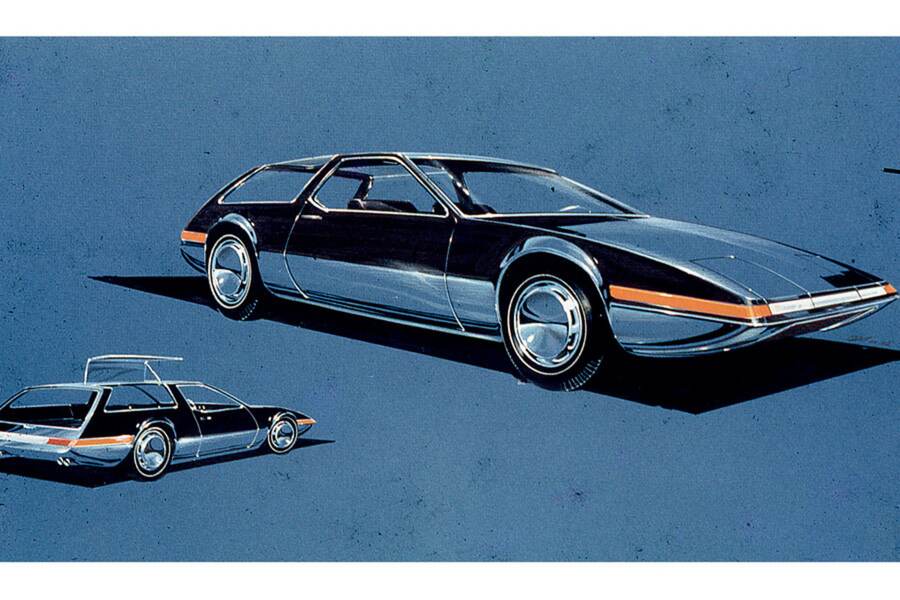 And this wagon? When Bob Gittleman walked into Chinetti Motors in Greenwich, Connecticut looking for “something different,” Chinetti Jr. already had something in mind. Pinned to his office wall was former GM stylist Gene Garfinkle’s original sketch of an outrageous, Zagato-bodied, mid-engine 2+2 Cadillac Eldorado concept.

The Daytona would not be Chinetti’s first Ferrari station wagon project; he had collaborated with Vignale on a 330 GT wagon for an American customer in 1968. (“I’ve always liked extended coupes,” he says. “I don’t call them ‘wagons.’”) This time around, however, instead of working with one of the usual carrozzerie, Chinetti decided to take the job to Panther West Winds, a young English firm based near the Brooklands Circuit about half an hour from London.

Robert Jankel had come from the fashion and textile industry to form Panther in the early ’70s. His J72 sports car—a well-built homage to the handsome prewar Jaguar SS100—was selling as fast as he could make them. No engineer himself, Jankel assembled a talented team of body men, painters, trimmers and so on and ran Panther along the lines of a workers’ collective, with his effectively independent craftsman free to do non-Panther work to supplement their incomes. 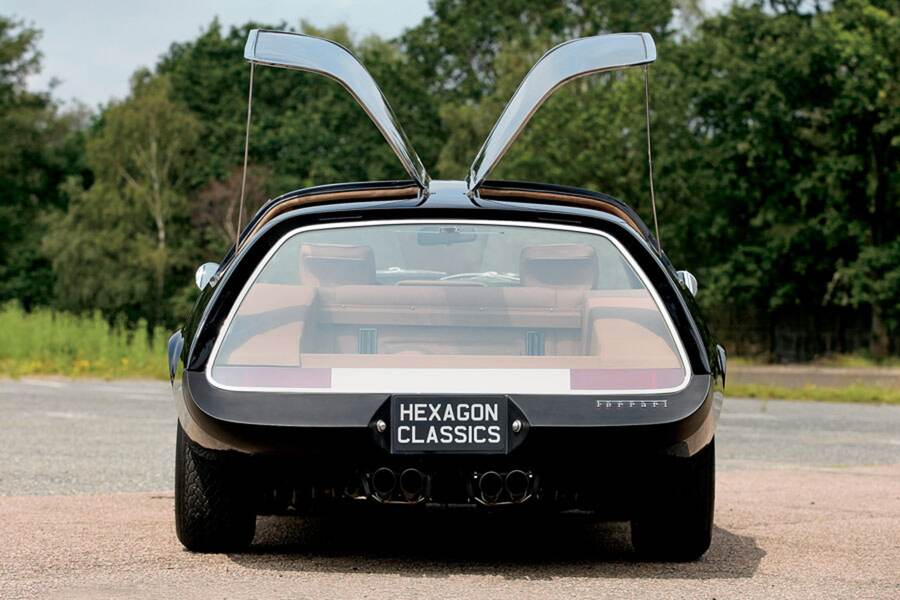 The Chinettis were a Panther dealer, and those cars’ quality inspired Luigi Jr. to entrust his newest one-off to Jankel. “Their finish quality was superb, the metalwork terrific,” he says. “The Italians do wonderful metalwork too, but the British do interiors like no one else.”

Speaking with Classic and Sports Car magazine in 2001, Jankel, who died in 2005, clearly recalled the Daytona project. “It was pretty straightforward,” he said. “We got some rough sketches and had to interpret them and basically design the car. It was rare for us to build a car like that—we took some persuading—but Luigi is a charming bloke and easy to work with. He let us get on with it because he trusted us.”

(Panther did other Ferrari projects, including five 330 GTCs converted to pastiche 125 S roadster bodywork for the Swiss dealer Willy Felber, but that is a story for another day.) 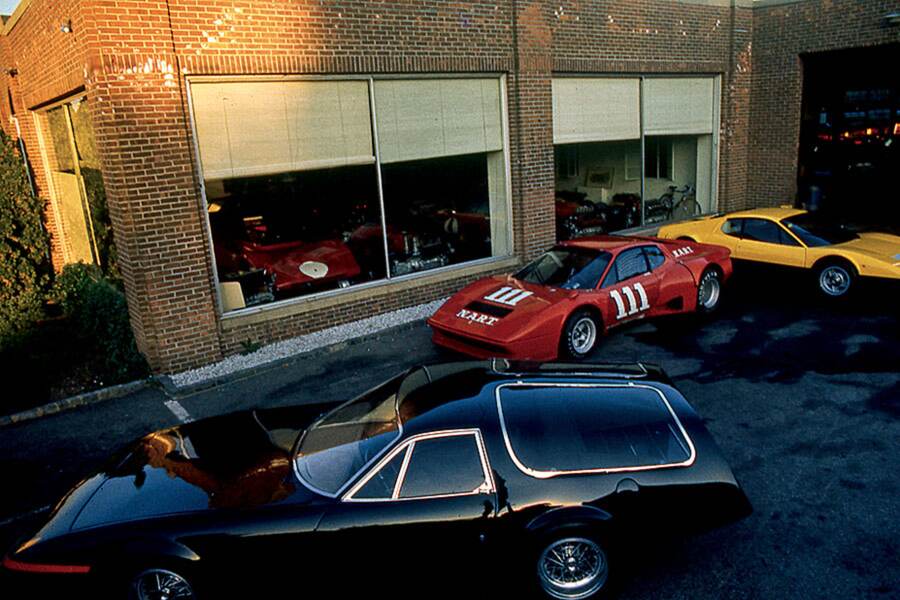 There are hints of the Pininfarina-penned Daytona in the exaggerated nose of the NART wagon, but the only parts of the original body that were retained were the windshield, the A-pillars and the door frames. The new panels were made of aluminum. A wooden impact bumper sits behind the car’s big beak; a plastic one resides at the rear. An orange feature line on the nose, reminiscent of the face found on early Daytonas, relieves the relentless black that could otherwise seem a little funereal. Spun-alloy disc wheels were fitted in early publicity shots, but the handsome Borrani wires it wears today are perhaps a more pleasant choice. Intriguingly, the taillights sit behind the rear screen that forms the chopped Kamm tail.

That rear window doesn’t open, however. Instead, cargo is loaded through the Plexiglas gullwing side windows. While these are certainly a talking point, there was some practical reasoning behind this idea. 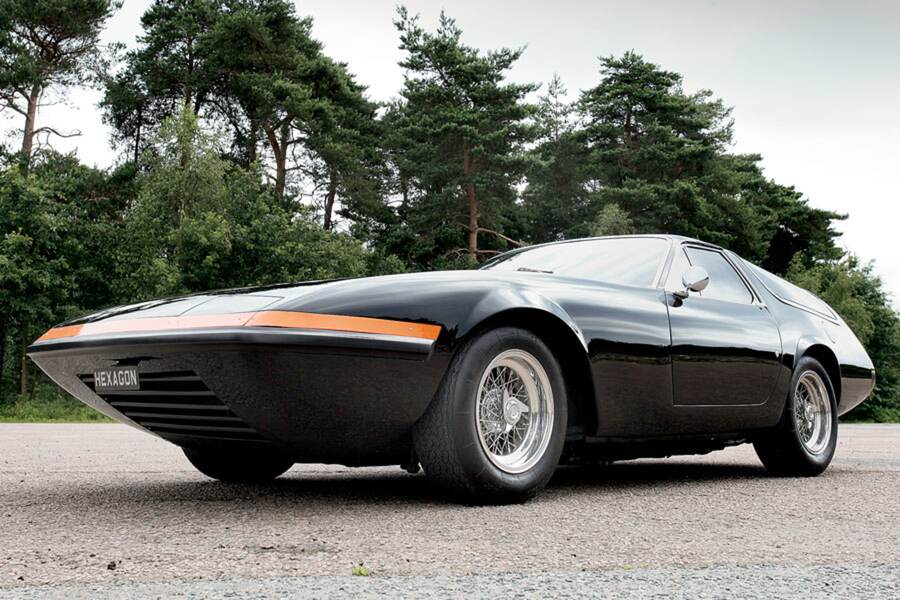 Bill Mitchell of GM paid the idea a compliment by designing a Pontiac Firebird show car with the same flip-up load-bay door arrangement. “He told me, ‘It was a good idea so I copied it,’” Chinetti recalls, laughing. “I loved Bill Mitchell, he was the very best. He used to say, ‘All the guys in the boardroom call me to bail their sorry asses out,’ and he did.”

Chinetti is still proud of the Daytona wagon, although he is not shy of pointing out where it could have been improved. “The nose was supposed to be lower, significantly lower,” he says. “I went away and the nose stayed up on the air, but you can’t really see the nose unless you’re down really low. The tail was supposed to be higher, too. Considering everything, though, it turned out pretty well. You’re talking about 40 years ago, but if you look at the car from certain angles it’s absolutely modern. And the interior turned out superbly, exactly the way it was supposed to be.”

TODAY THE DAYTONA WAGON has only done 4,000 miles, making it one of the lowest mileage 365 GTB/4s in the world. First owner Gittleman reportedly paid $50,000 for the conversion (“That sounds pretty high to me,” remarks Chinetti, chuckling), not including the cost of a new Rosso Dino 1973 Daytona for $26,000, and took delivery in the winter of 1975/76. He sold it in 1980, after which the wagon went through the hands of three or four dealers and collectors before turning up at the Goodwood Festival of Speed in the Cartier Style et Luxe concours in 2001. 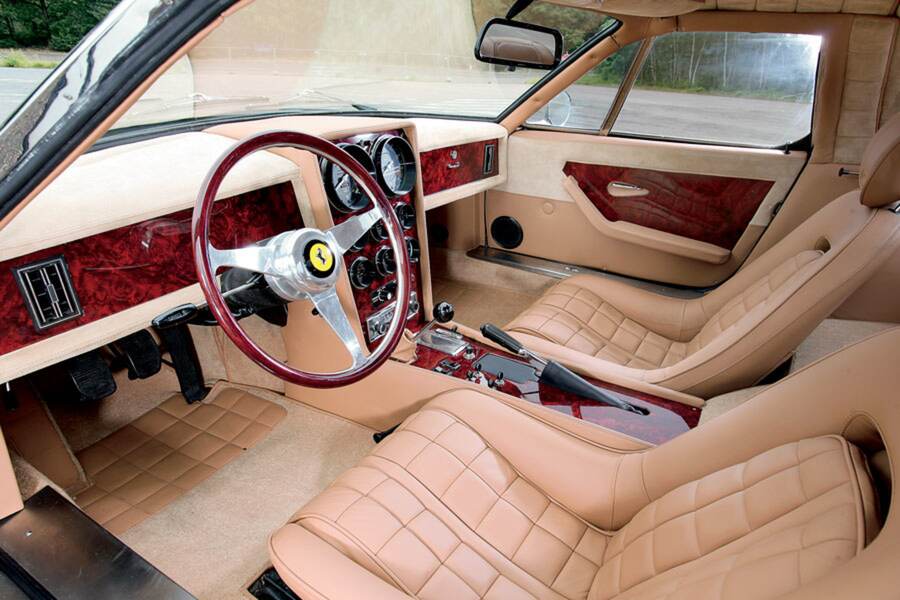 Last year, London classic-car dealer Andy McGrath acquired the Daytona and embarked on a $60,000 “refreshment” of the car. McGrath is keen to emphasize that the Panther-bodied Ferrari is exactly as it was in 1975, and he is particularly proud of the plush interior, which in many ways matches the drama of the body.

Climb over the sill with its “Panther” badge and you’ll find the driving position is pure Daytona. The Veglia dials are also familiar, but are now clustered in a center console with a handsome walnut finish you don’t expect to see in a Ferrari; the wooden theme continues for the small load deck in the rear. The Connolly leather on the seats has a quilted pattern but the frames themselves are recognizably Daytona. Non-reflective suede covers the tops of the doors and most of the dashboard.

The supposed weight penalty of the Panther body has no measurable effect on the way this car goes—even with the added drag of the air-conditioning compressor, which has to be fired up pretty much all the time because all those windows turn the cabin into an oven even in hazy sunshine. The quad-cam 4.4-liter V12 delivers effortless, crushing acceleration through five ideally spaced and smooth-acting ratios; only the dog-leg action between first and second strikes a ponderous note. The stage whispers of the complex valvetrain at lower revs blend into that ethereal wall of sound between 4,000 and 6,000 rpm which you can never ignore or forget no matter how many times you hear it. 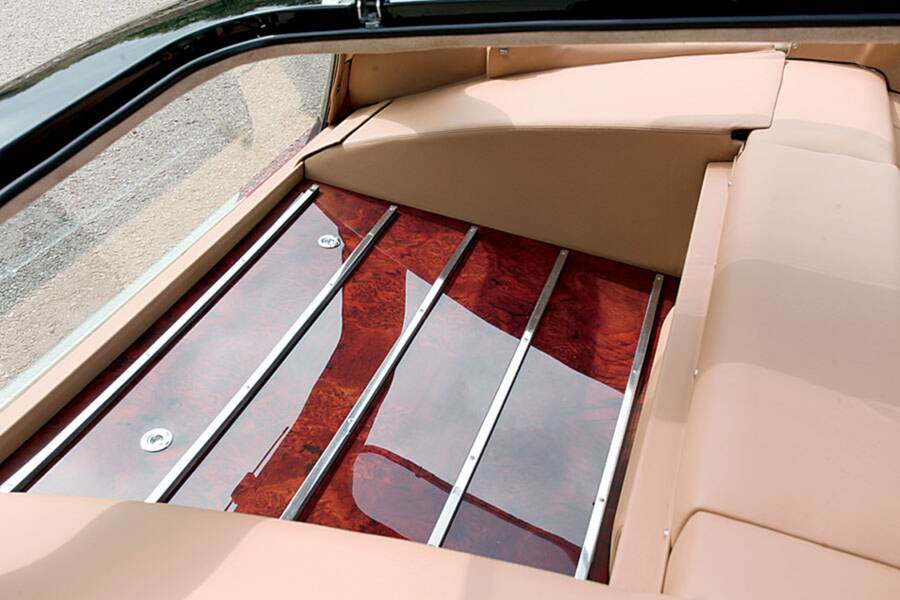 The long, high nose of the wagon is said to cause disconcerting lift beyond 125 mph, but at 100 mph the car felt stable and safe. Its brakes are inspiring, and the Daytona romps through corners with a flat attitude, the heft dropping away from the steering so that what promises to be a rugged, husky handful of a car quickly begins to feel surprisingly wieldy and light on its toes.

On the other hand, the noise, long hood and minimal steering lock conspire to make this wonderful piece of ’70s indulgence an unwieldy device around town. In addition, the crowds that would surround it every time one parked would get tiresome after a while even for the most dedicated exhibitionist. I can kind of see why it has only done 4,000 miles.

The Daytona wagon is part supercar hearse—the ultimate Munsters-mobile, perhaps—and part exotic vision of the future straight out of a ’70s sci-fi TV fantasy, a car that should only be driven wearing a beige nylon jumpsuit. Silly as those descriptions sound, I can’t help but like this one-off. It’s truly something different. 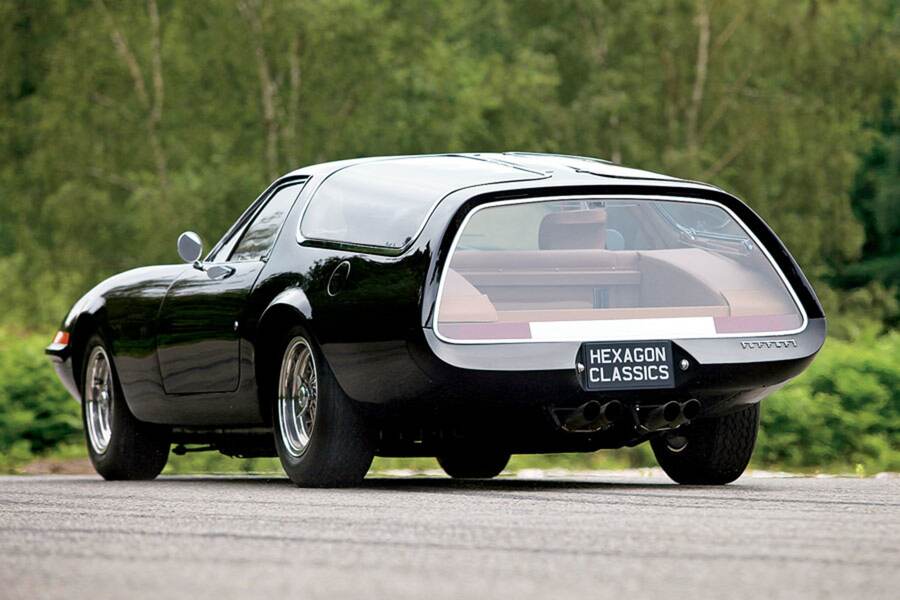 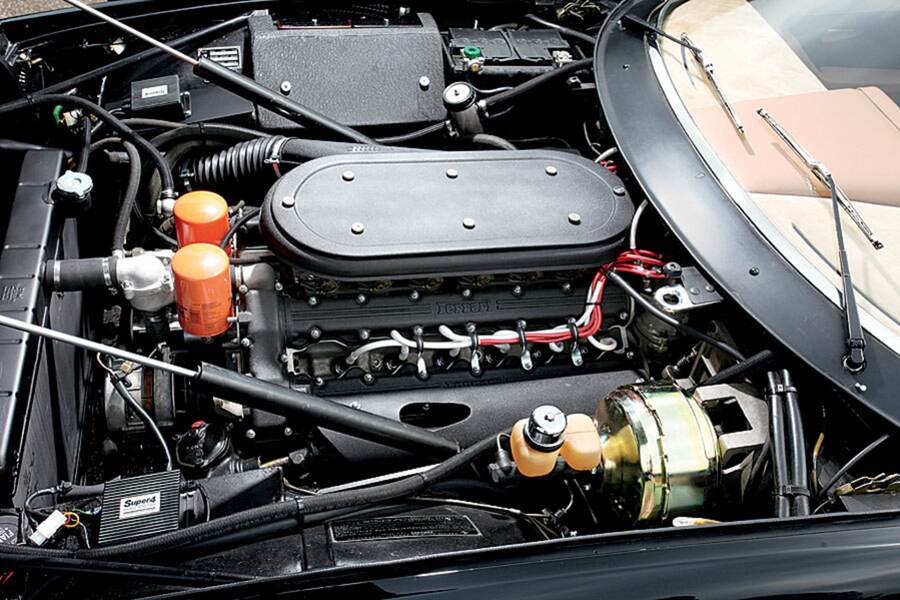 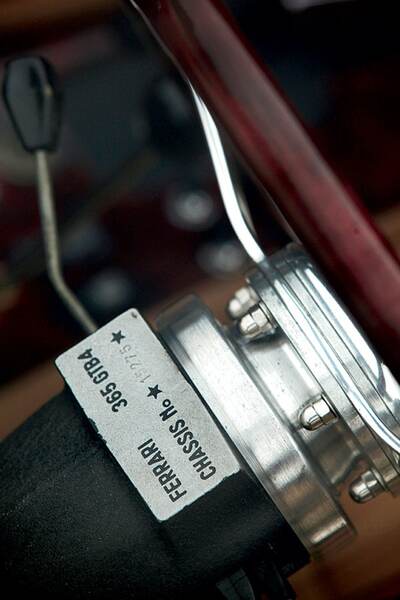 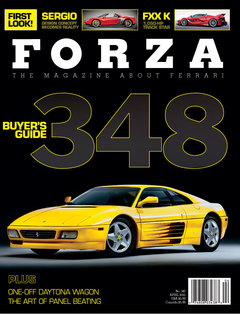