With the California T, Ferrari kicks off a new era of turbocharged performance. 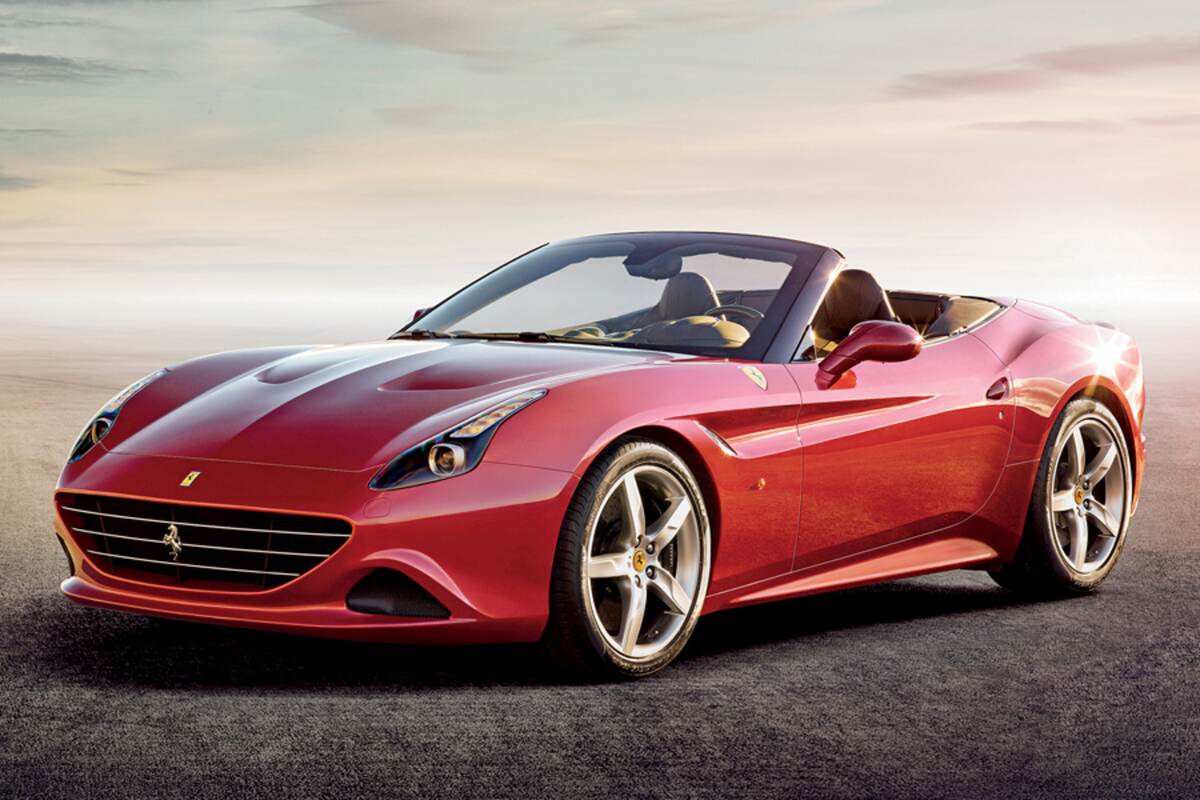 From the outside, the new California T looks like a California 30 with more aggressive bodywork. And it is. But the updated retractable-hardtop GT offers far more than just a fresh face—it features Ferrari’s first turbocharged engine in more than two decades.

Like its 1980s forebears, the 288 GTO and F40 supercars, the California T is powered by a V8 engine with twin turbochargers. It’s no surprise, given a 25-percent increase in displacement and 25-plus years of technological advancement, that the T’s engine produces more power than that of its immediate predecessor: The new 3,855cc V8 pumps out 560 horsepower and 556 lb-ft of torque to the F40’s 478 hp and 426 lb-ft. What might be surprising is that Ferrari didn’t turbocharge the Cal T to increase output; it did so to reduce emissions and improve efficiency.

The Cal 30’s 4.3-liter V8 is rated at 460 hp and 372 lb-ft of torque. When equipped with the optional High Emotion Low Emissions (HELE) system—better known as stop-start—this normally aspirated engine consumes 11.5 liters of fuel per 100 kilometers driven and produces 270 grams of carbon dioxide per km. The T’s much more powerful turbo engine consumes the same amount of fuel but produces 20 fewer g/km of CO2. (In addition, longer gearing inside the Cal T’s seven-speed dual-clutch gearbox improves fuel economy by about 15 percent.) 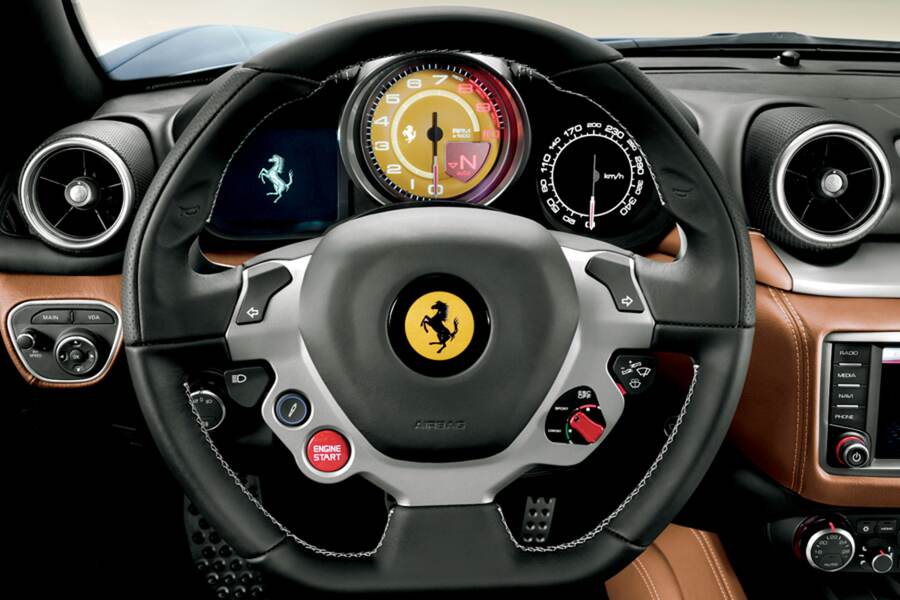 The T’s cabin receives a handful of updates from other models, including the now-universal multi-function steering wheel (although the T’s manettino only has three settings—Comfort, Sport and ESC Off—to the other current cars’ five).

What about the traditional short-comings of a turbocharged engine? We’ll see when we drive a T, but Ferrari promises virtually no turbo lag, instant throttle response and “the most exhilarating soundtrack any turbo has ever yielded.”

Complementing the new engine is a handling make-over. Ferrari says it has pushed the Cal T more toward the sporting side of the GT equation than earlier Californias; among other things, the new model features stiffer springs, faster-reacting SCM3 magnetorheological shock absorbers and quicker steering. The latest CCM3 carbon-ceramic brakes are fitted, as well, although wheel and tire sizes remain unchanged.

It’s no secret that we at FORZA love the California and Cal 30, and the T looks set to redefine the California experience. Will the new car be as impressive on the road as it looks on paper? Stay tuned for our test drive. (And click on the images at top for more details.) 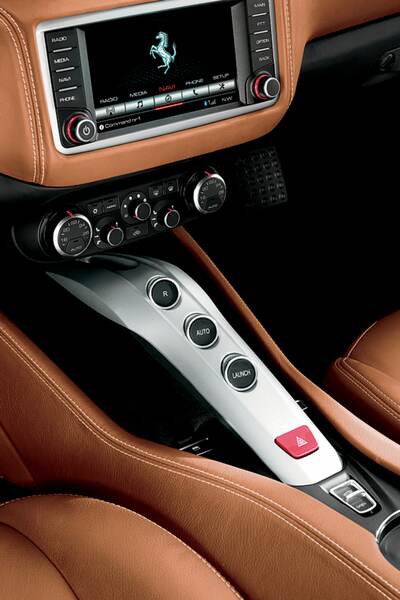 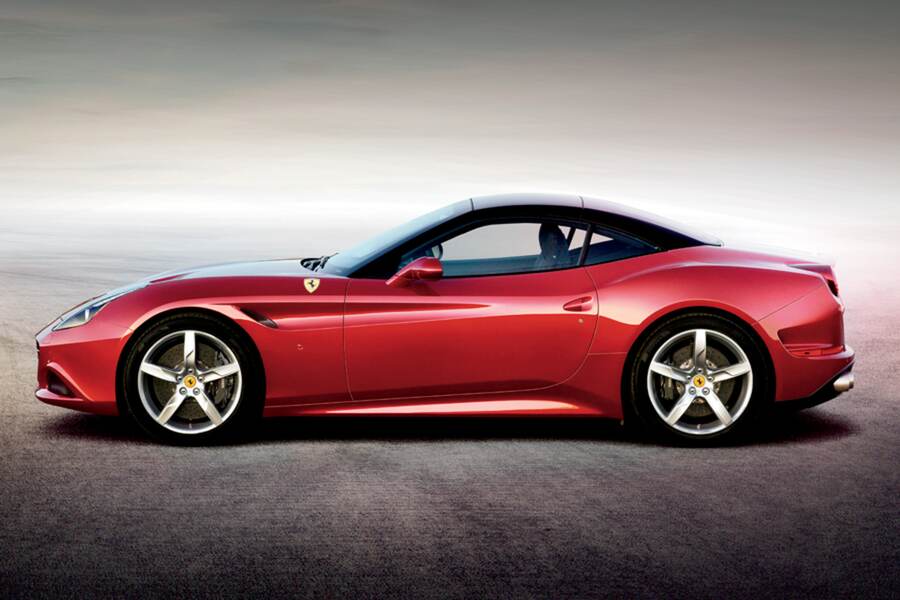 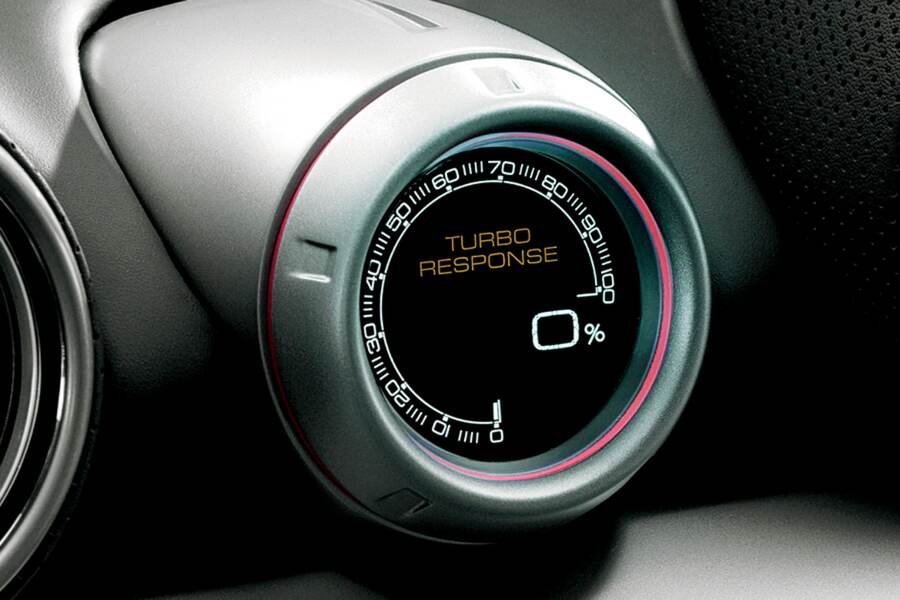 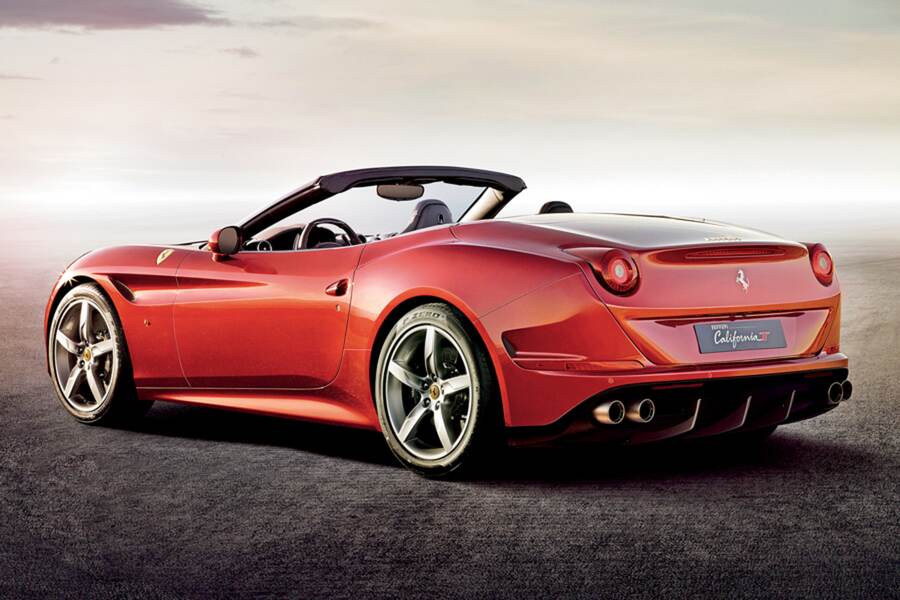 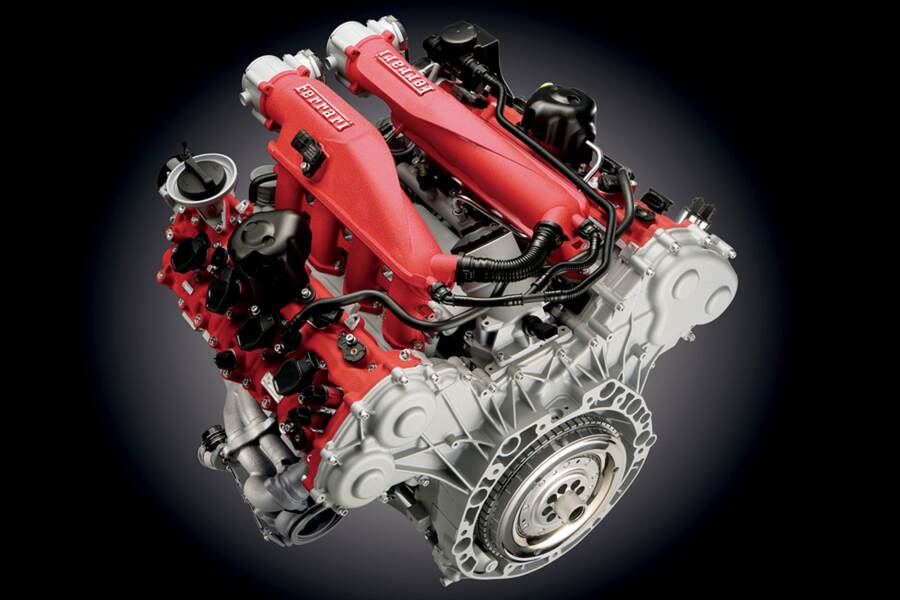 New 3.9-liter V8 is mounted 1.5 inches lower in the T compared to the Cal 30. The three-piece exhaust manifold and turbocharger housings are cast in Ferrari’s race shop—which is appropriate since this year’s Formula 1 cars are also turbocharged. 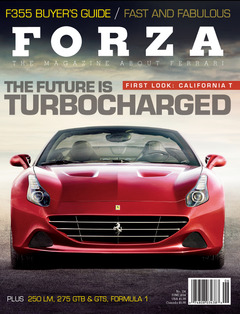