What started as a search for more power soon spiralled out of control. 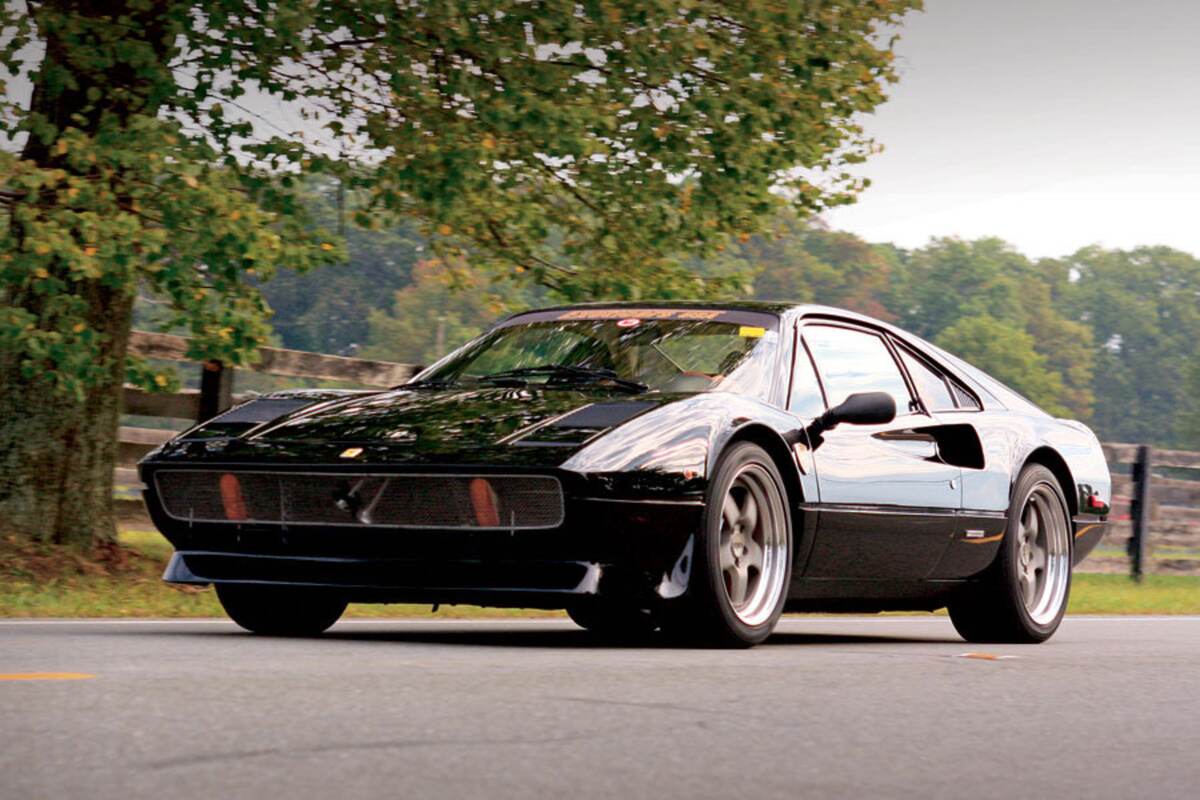 In November 2003, Wil deGroot, master mechanic and owner of Exoticars in Frenchtown, New Jersey, bought this 1978 Ferrari 308 GTB (s/n 22857) from a guy in Roswell, New Mexico. “I assumed with Area 51, and since it was advertised with ‘Koenig modifications,’ it would be a high-performance version,” deGroot said. “It turned out the modifications were just wheels and a body kit; the car was mechanically totally stock when I got it. And that led to the supercharger.”

While deGroot had long been a fan of the 308’s styling, he always felt the car could use a little more get-up-and-go. “The car was designed by the same guy [Leonardo Fioravanti] that did the Daytona and a few other Ferraris, so it’s a beautiful car,” he explained. “Unfortunately, it came out in the ‘no gas and no emissions’ era, and I think that’s what killed its power. I’m just filling the void that conditions, circumstances and legislation kind of decided.”

Before we get into specifics, let’s talk about mission creep. This dreaded problem, which infects a lot of project cars, occurs when an owner’s desire for one thing—in this case, more power—leads to another thing, and then another, in a cascade of modifications. As deGroot described it, “It didn’t have the power that I wanted, so I decided to so something about that. Then, well, if I start making more power, I’m going to make more heat, so I’m going to have to do something about that. And while I’m at it, I might as well do this and, gee, this car is going to be so fast I better do something about the brakes. And, well, this car is 30 years old, so I should rebuild the suspension and put some modern tires on it.” 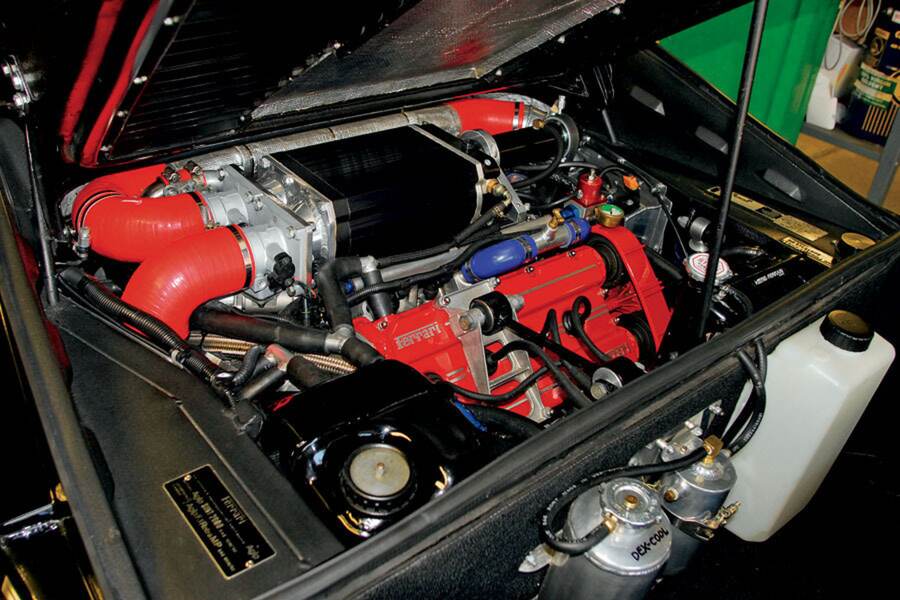 Isn’t that always how it starts?

WHILE TURBOCHARGERS GENERALLY MAKE MORE POWER than superchargers, deGroot chose the latter due to the tight confines of the 308’s engine compartment. After researching the available units on

the market, he settled on a Lysholm compressor made by Opcon in Sweden. The reason? This screw-type supercharger heats the air less than a roots-type blower, and heat is the enemy of power. 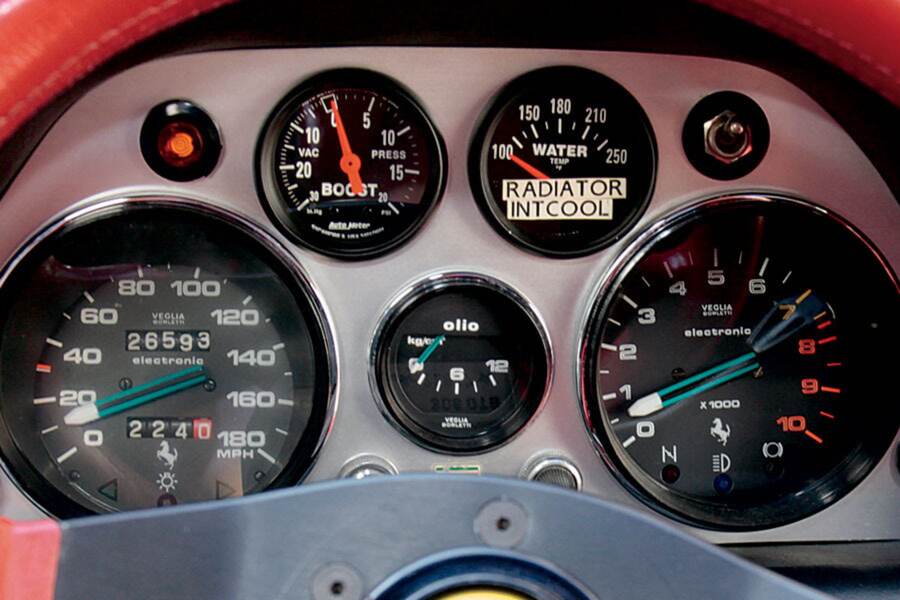 It wasn’t quite that simple, of course. DeGroot machined new aluminum intake manifolds that mount two Ford throttle bodies, then fabricated the plenum, which contains four Laminova air-to-water heat-exchanger cores, from aluminum panels. He also fabricated the air-filter boxes, air ducts and coolant pipes. The stock Weber DCNF carburetors were retained. On the exhaust side, deGroot kept the factory headers, which were JetHot coated, and fabricated the rest of the exhaust from stainless-steel tubing and a pair of stainless Magnaflow straight-through mufflers.

With 8 pounds of boost, the end result was 384 horsepower and 289 lb-ft of torque at the crank. DeGroot originally ran the engine at 16 pounds of boost and made well over 400 hp, but decided to back it down. “I like to do track events, but I didn’t think my [OEM cast] pistons would hold up at that boost, so I changed the pulley size to bring the speed of the supercharger down,” he said. 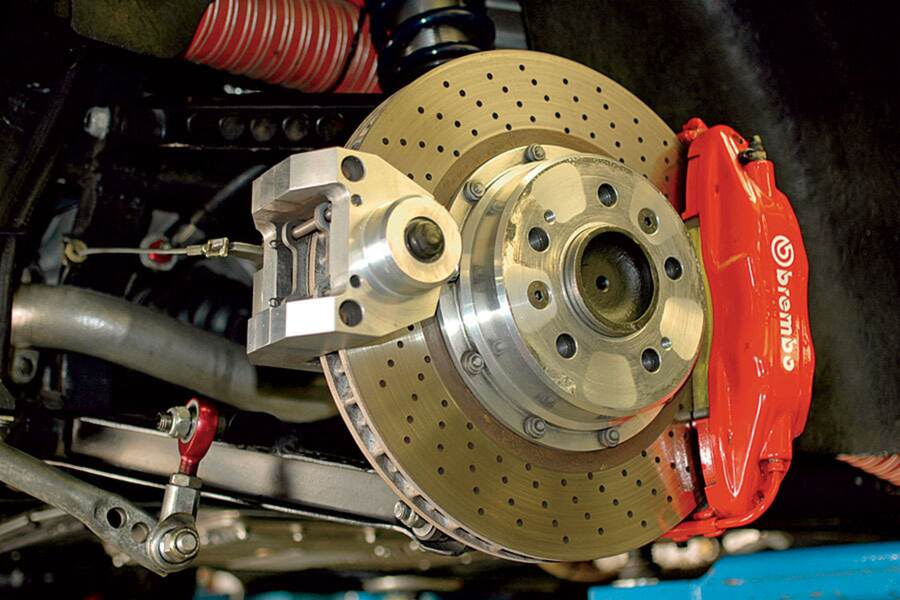 With the engine sorted, it was time to dissipate the extra BTUs generated by the supercharger. For starters, deGroot drilled holes into the storage space behind the engine; these help reduce engine-compartment temperatures. More visible is the non-stock front grille. DeGroot designed it to increase airflow to a pair of intercoolers mounted under each headlight; an electric pump circulates coolant between them and the custom plenum. One of Exoticars’ body men built the grille from 3/8-inch aluminum rod and 1/4-inch stainless-steel mesh.

Glancing through the spokes of the three-piece Kinesis alloy wheels, which measure 8.5×17 inches up front and 9×17 inches rear, I spot the next piece in the puzzle; the telltale red-painted brake calipers synonymous with Brembo. A Porsche 996 Turbo donated the calipers, which clench four Turbo front rotors. DeGroot machined new aluminum hats to fit the Porsche discs on the Ferrari hubs, then developed his own parking-brake system. “I reverse-engineered the original ATE rear brake calipers, which had an integral parking-brake mechanism, then designed and machined dedicated parking-brake caliper housings out of aluminum billet while utilizing most of the original ATE mechanical components,” he said with a shrug. In person, the parking-brake assemblies are works of art.

As the mission crept on, deGroot turned his attention to the 308’s suspension. Stiffer Hyperco racing springs, billet aluminum VariShock shock absorbers with externally adjustable ride-height, bump and rebound settings, and beefier anti-roll bars with urethane bushings replaced the stock components. Although deGroot regularly drives the car on the track, he told me that the setup wasn’t too stiff for the street. And it wasn’t that I didn’t believe him, but I figured it was best if I tried the car for myself. 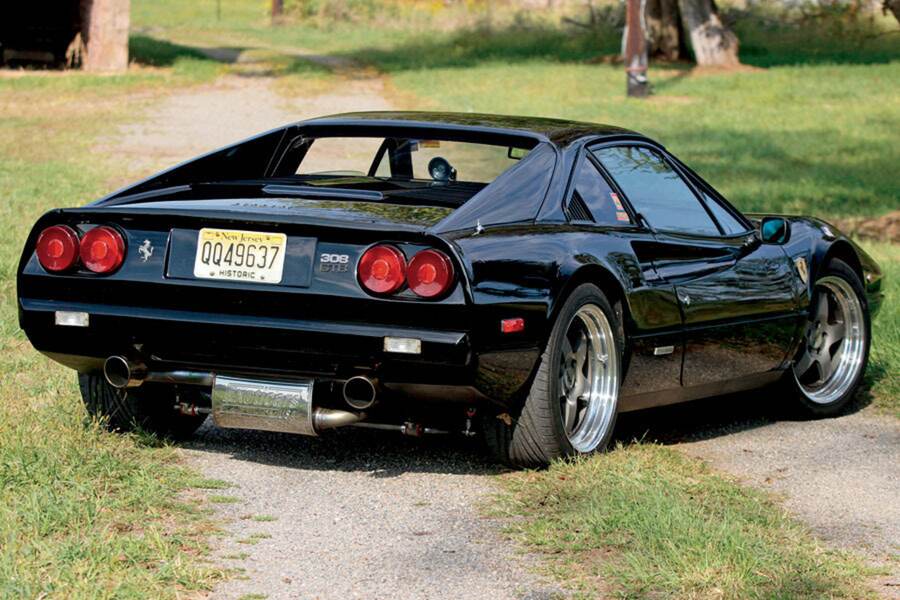 I SLIPPED INTO THE SNUG CONFINES of the 308’s cockpit and settled into the stock leather-covered seat. After tightening the aftermarket five-point racing harness, I turned the key and the engine sparked to life easily. The mechanical whirr of the blower was audible over the exhaust’s surprisingly calm burble.

On the road, power came on strong right away in second gear, giving me a nice push back in the seat. Shifting up into third, the revs stayed in the powerband and the engine just picked up where it left off, making all the right noises. The supercharger whistled along happily, supported by the snap and snarl of the exhaust. The engine simply screamed at wide-open throttle, and the speedometer needle spun very quickly when I gave the car room to do its thing.

While making an extra 130-or-so horsepower over stock, the supercharged engine still delivers the driveability of a stock 308. DeGroot said he was wary of “going through the route of all kinds of porting and different cams and all that stuff, and in the end you wind up with a high-horsepower engine that doesn’t run very well. This thing, it runs beautifully at all speeds. It idles nicely. It’s very docile around town and when you stand on it, it goes!” I can attest to all of those characteristics. 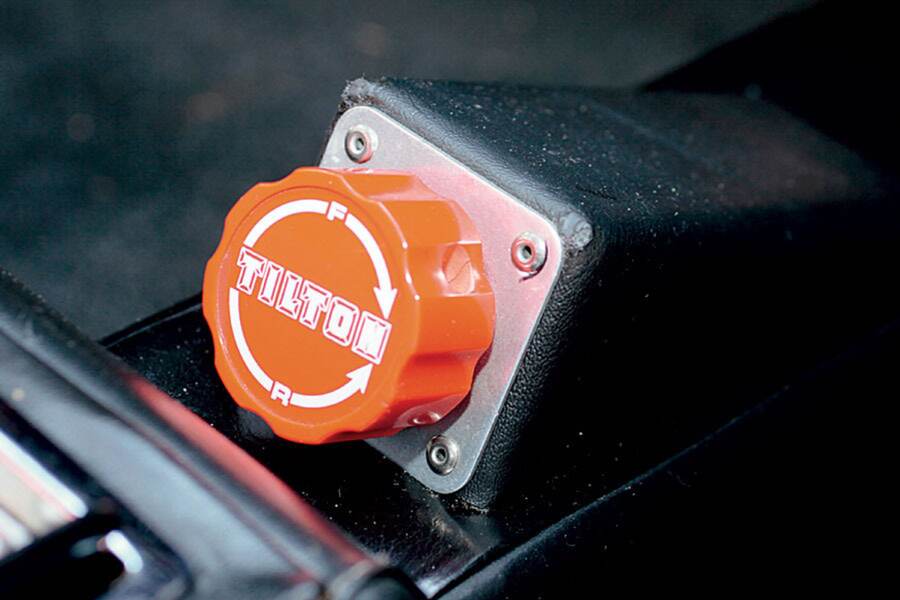 When, at seriously extra-legal speeds, I decided that discretion was the better part of valor I discovered that the Brembo brakes were comfortably up to the job of slowing the car down in a hurry. (More like over-qualified, really, but who’s complaining?) The firm brake pedal offered great feel, too.

This Ferrari’s handling was seriously impressive. Thanks in part to the sticky Goodyear Eagle F1 tires (225/45ZA17 front, 255/40ZR17 rear), the 308 offered quick turn-in, great stability and plenty of stick. On the local backroads, I could double the posted speed limit in most corners without crossing the center line. Despite this performance, the Ferrari’s ride, while stiff, is still pretty accommodating. I could drive this car all day without complaint.

In addition to all of the mechanical work, deGroot fixed some rust spots, repainted the car and refurbished the dashboard. But, in true mission-creep style, there’s always more to do. 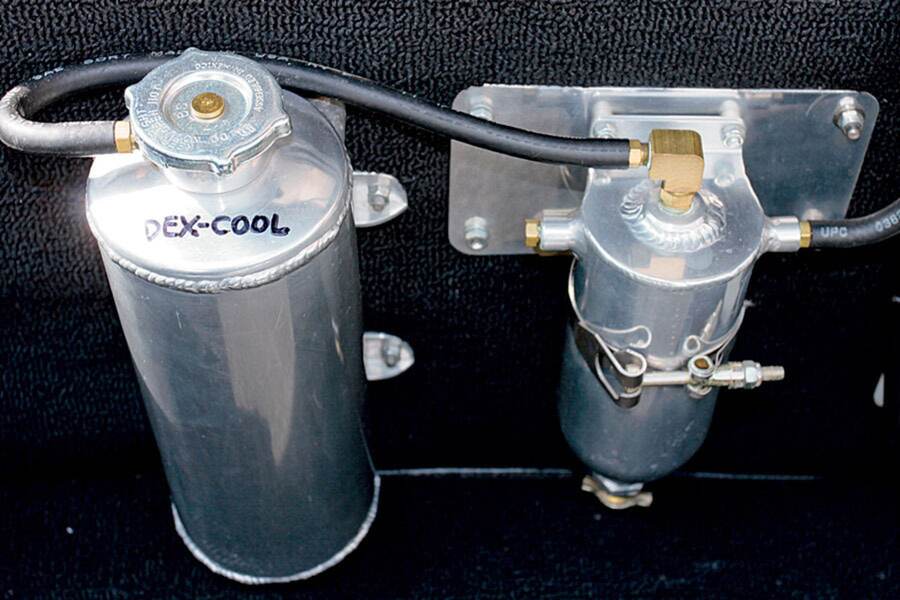 DeGroot wants to fit forged pistons, port the cylinder heads and install adjustable cam pulleys for more power. He’d also like to replace the stock engine lid with a carbon-fiber version to reduce weight. Up front, he’s thinking of replacing the stock hood. “I hate to ruin an original part, so at some point I’m going to make a new front deck lid with a big scoop going down to the radiators so that it dumps the air out like a race car,” he said. “I think the air conditioner would really appreciate it, too. Right now, all that hot air is just hitting the foot wells.”

Then deGroot grinned and said, “This car will never be done.” 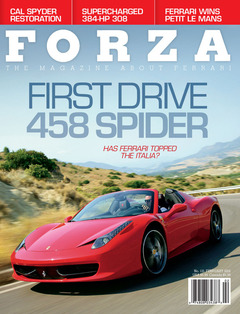