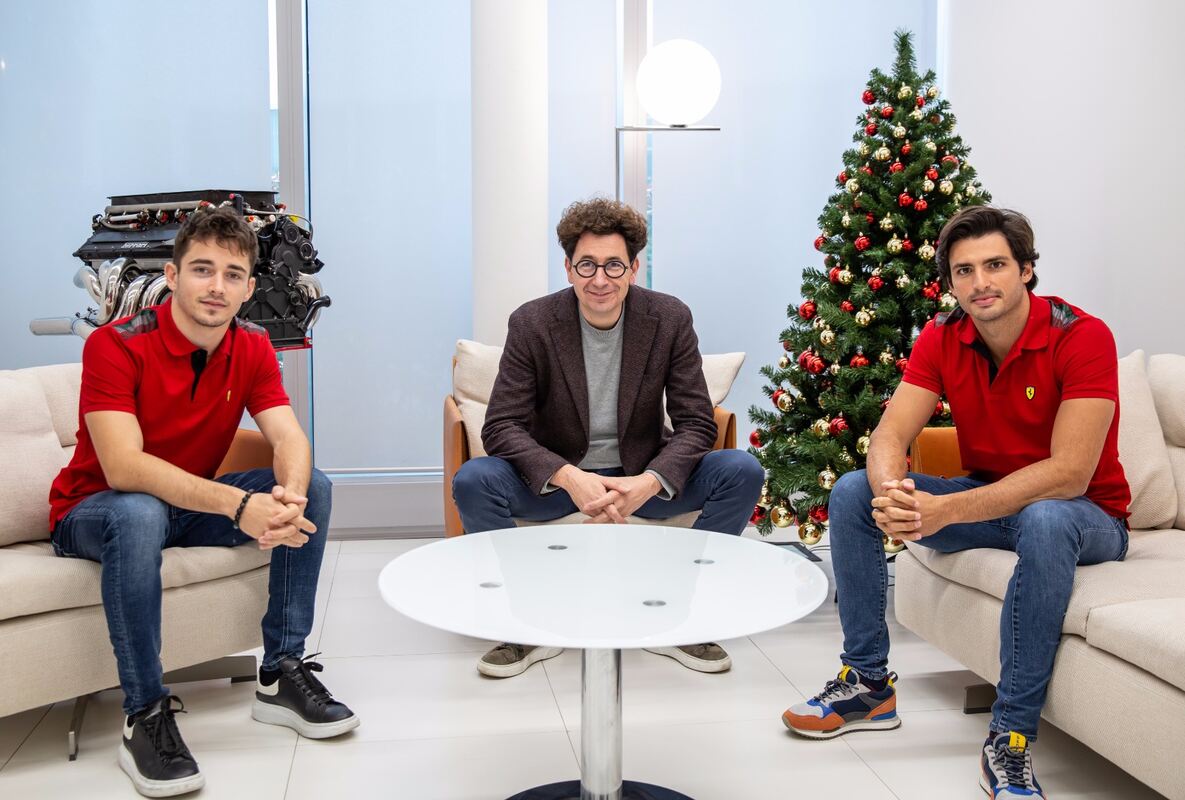 Next season, Scuderia Ferrari, Formula 1’s oldest and most successful team, will field two drivers who, over the course of their combined nine seasons in the sport, have won two races. Well, one driver won two races; the other has only two podium finishes to his credit.

For some perspective, it’s been nearly 30 years since Ferrari fielded a less-accomplished lineup, namely the winless Jean Alesi and winless Ivan Capelli (who was replaced late in the season by the equally winless Nicola Larini) in 1992. The team finished fourth in that year’s World Championship with one-quarter the points of third-place Benetton. Perhaps as a result, since 1995 Ferrari has only once entered a Formula 1 season without at least one World Champion behind the wheel of its car—and the only time it did, in 2007, Kimi Raikkonen won the title.

Am I worried? Not at all. In fact, I think it’s a fascinating gamble by the team to field its youngest driver pairing in five decades. While their cumulative F1 successes to date don’t appear to add up to a recipe for success, Charles Leclerc and Carlos Sainz, Jr. have the potential to be one of the strongest driver pairings in the field next season.

Leclerc, a member of Ferrari’s junior-driver academy, entered F1 in 2018 with the Ferrari-connected Sauber team. The 20-year-old Monegasque arrived with a stellar pedigree, having won the Formula 3 title in 2016 and being only the fourth driver to win Formula 2 in his rookie season, in ’17. Leclerc quickly showed his star power during his first year in Formula 1, scoring 39 of Sauber’s 48 points and recording a best finish of sixth place in Azerbaijan.

At the insistence of CEO Sergio Marchionne, Leclerc joined Ferrari for the 2019 season, replacing Raikkonen and partnering with Sebastian Vettel. In his first year with the Scuderia, he beat the four-time World Champion in the standings and won two races to Vettel’s one. This performance landed him an impressive five-year contract with the team and led, in May 2020, to Sebastian being told his services would no longer be required after the conclusion of the season.

A few days after announcing Vettel’s departure, Ferrari revealed his replacement: Carlos Sainz, Jr. The 25-year-old Spaniard, son of two-time World Rally Champion Carlos Sainz, Sr. and a Red Bull junior driver, won the Formula Renault 3.5 championship in 2014 and entered F1 the following year with Scuderia Toro Rosso. In his first season, Sainz was solidly beaten by fellow rookie Max Verstappen, who was quickly promoted to Red Bull for 2016. Sainz remained at Toro Rosso for a second year, beating teammate Daniil Kvyat, before moving to Renault, where he bested veteran Nico Hulkenburg in 2017.

The Hulk flipped the tables on Sainz the following year, nonetheless in 2019 it was the Spaniard who moved to McLaren, where his star began to rise. Although he only scored one podium in each of his two seasons with the English team, Carlos comfortably defeated teammate Lando Norris and finished sixth in the driver’s standings in both years, beating Red Bull’s Alex Albon twice and both Ferrari drivers once, and helping McLaren finish third in the constructor’s championship in 2020.

So what can we expect from Leclerc and Sainz in 2021? Looking specifically at the drivers, it’s widely believed that Leclerc will be faster than Sainz, and he’s already established inside the team. Formula 1 Editor Andrew Frankl thinks Carlos will effectively be a number-two driver, and at this point I agree. We also both think he’ll be closer to Leclerc than Vettel was in 2020, which will boost the team’s prospects—although those are probably more dependent on the success of a new power unit currently under development.

But who knows? Team boss Mattia Binotto says Leclerc and Sainz are free to race each other, and it’s certainly possible that Carlos will come out ahead. Whatever happens in 2021, Ferrari looks to have a formidable driver lineup for 2022, when major rules changes are expected to shake up the sport. —Aaron Jenkins